Iran is charging Washington Post journalist Jason Rezaian with four crimes, including espionage, the newspaper has said, in a report offering the first details about the exact charges against the reporter.

Rezaian, an Iranian-American dual citizen from California who had been the US newspaper’s bureau chief in Tehran since 2012, was arrested in Iran last year.

Among the charges, Rezaian is accused of “collaborating with hostile governments” and “propaganda against the establishment”, according to a statement from his lawyer, Leilah Ahsan, the Post reported.

The charges carry a maximum penalty of 10 to 20 years in prison, Martin Baron, the newspaper’s executive editor, said in a separate statement.

Baron told Al Jazeera that the charges against Rezaian were “absurd”.

“He was only a reporter… He has done nothing wrong,” Baron said. “The description of the charges against him makes it clear how absurd these charges are.”

Ahsan said the indictment alleged Rezaian had collected information “about internal and foreign policy” and gave it to “individuals with hostile intent”, according to the Post, which said it obtained the lawyer’s statement from Rezaian’s family.

The 39-year-old is also accused of collecting classified information, it reported.

Rezaian is being held in the capital’s notorious Evin Prison, where Ahsan said he was “in good spirits” but had no access to newspapers or media.

The Post said Ahsan is the only individual outside of Iran’s judiciary to have read the indictment.

Rezaian was detained nine months ago on what US President Barack Obama has called “vague charges”.

Obama, who is in the process of negotiating a nuclear deal with Iran, last month called on Tehran to immediately release Rezaian and two other Americans detained there.

In the indictment, Iranian authorities said Rezaian had written to Obama and called it an example of contacting a “hostile government”, the Post said.

The White House and the US State Department said they had no official confirmation of any charges against Rezaian.

State Department spokeswoman Marie Harf said it would be “patently absurd” if reports of espionage charges against him were true. 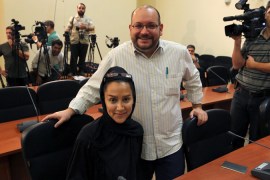 Yeganeh Salehi released on bail after being arrested on July 22, while her US-Iranian husband remains imprisoned. 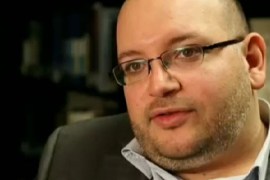