Boko Haram have abducted at least 2,000 women and girls since the start of 2014, according to rights group Amnesty International.

A report published by the organisation on Wednesday says many of those captured have been forced into sexual slavery and trained to fight for the group.

The group based its findings on nearly 200 witness accounts, including with 28 people who escaped from the armed group, which recently had a pledge of allegiance accepted by the Islamic State of Iraq and the Levant (ISIL).

“The evidence presented in this shocking report, one year after the horrific abduction of the Chibok girls, underlines the scale and depravity of Boko Haram’s methods,”  said Salil Shetty, Amnesty International’s secretary general.

The publication of the report coincides with the one-year anniversary of the mass abduction by Boko Haram of hundreds of school girls from the northeastern town of Chibok. The abduction of the 276 girls sparked global outrage, and 219 are still held by the group, the others managing to escape.

Amnesty says more that 5,500 civilians have been killed by the group, which has also forcibly conscripted men and young boys to take up arms in its war against the Nigerian government and other neighbouring countries.

“Men and women, boys and girls, Christians and Muslims, have been killed, abducted and brutalised by Boko Haram during a reign of terror which has affected millions,” Shetty said.

RELATED: Girls who escaped Boko Haram refuse to be victims

The group has implemented a harsh interpretation of Islamic law in the areas that it holds, and witnesses spoken to by Amnesty recount seeing the group carry out stonings and lashes.

Nigeria’s President-elect Muhammadu Buhari on Monday vowed to make every effort to free the girls abducted a year ago, but admitted it was not clear whether they would ever be found.

“We do not know if the Chibok girls can be rescued. Their whereabouts remain unknown. As much as I wish to, I cannot promise that we can find them,” he said in a statement. 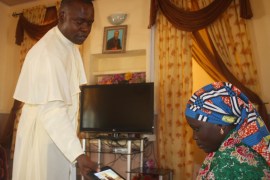 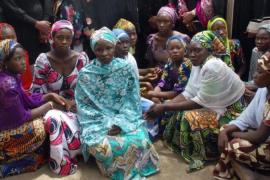 A futile debate about Islamism takes focus away from the assault of religious extremism on girls’ education. 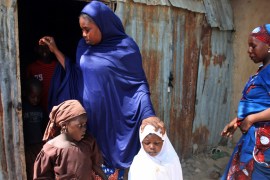