Days of talks between Syria’s government and some opposition figures have ended in Moscow, with no sign of a breakthrough to end the conflict, which has entered its fifth year.

The second such meeting this year in Russia, an ally of Bashar al-Assad, the Syrian president, was marred by friction among the opposition delegates and boycotted by the Syrian National Coalition (SNC), a Western-backed group based in Istanbul. The SNC has refused to attend peace talks unless Assad steps down.

Although the delegations agreed on a need to fight terrorism and end foreign meddling, they disagreed on what exactly that meant.

Participants also said they discussed returning to talks in Geneva, which collapsed last year, but no decisions were taken.

Syria’s top UN diplomat Bashar al-Jaafari had the most positive spin on things.

“I can say that our assessment of what happened during the second meeting is positive. We managed to find a common denominator and secure our common approach to a number of key issues,” Jaafari said.

But the opposition, troubled by its own internal disagreements, was damning.

“He played with us, talking about terrorism, and ‘what can you do with terrorism?’. It was very disappointing,” said Samir Aita of the Syrian Democratic Forum.

Al Jazeera’s Rory Challands, reporting from Moscow, said hopes of a significant breakthrough during the talks had always been slim.

“It was the same going into the first round of Moscow talks at the end of January, ” he said.

“But the Middle East is currently going through turbulent changes – changes that could already be having an effect on the balance of power in the Syrian conflict.”

“The detente between Iran and the West worries Saudi Arabia and Israel but it suits Tehran’s ally Syria just fine. The rise of ISIL in northern Syria and Iraq means Syria’s unyielding president is no longer the West’s regional public enemy number one.”

The fighting in Syria has now killed more than 200,000 people, while nine million have been forced from their homes. 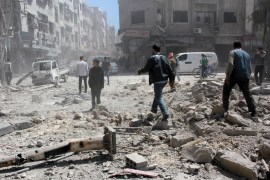 Syrian National Coalition stays away from Moscow talks attended by Syrian government and some opposition groups. 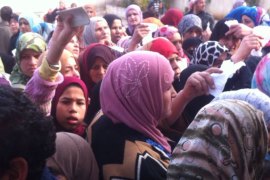 Inside Syria: ‘We had a house and lived with dignity’

Four Syrians from across the country tell Al Jazeera their account of how the war changed their lives.