Iran’s highest political authority has denounced the Saudi-led intervention against Houthi fighters in Yemen, in what appears to be the strongest criticism of the campaign so far by an Iranian leader.

Ayatollah Ali Khameini said on Thursday Saudi Arabia would not be victorious in its war against the Zaydi Shia fighters, and described the aerial bombardment as “genocide”.

“This is a crime and genocide that can be prosecuted in international courts,” Khamenei said of the air raids carried out by Saudi Arabia and its allies, Reuters news agency reported.

Saudi Arabia has repeatedly accused Iran of arming and supporting Houthi fighters, who control Yemen’s capital Sanaa and who were on the verge of capturing the southern port city of Aden, where President Abd-Rabbu Mansour Hadi was based, before the Saudi air strikes began.

Khameini’s comments follow a plea by Iran’s President Hassan Rouhani for all sides to bring an end to hostilities.

“To the countries in the region, I say, let’s adopt the spirit of brotherhood. Let’s respect each other and other nations … do not kill innocent children. Let’s think about an end to the war, about ceasefire and humanitarian assistance,” Rouhani said.

The Iranian condemnation came as Houthi fighters and allied military units captured Ataq, the capital of oil-rich Shabwa province, despite 16 days of bombardment by the Saudi air force.

They were brought in by the International Committee of the Red Cross and the United Nations Children’s Fund, UNICEF, which had been trying for days to get aid flights into the country.

Against this backdrop, the UN chief has said that two weeks of Saudi-led air strikes against Houthi rebels in Yemen, and the rebels’ advances “have turned an internal political crisis into a violent conflict that risks deep and long-lasting regional repercussions”.

Ban Ki-moon said on Thursday that he was urging all countries in the region to go beyond national priorities and help the Yemeni people, saying “the last thing the region and our world need is more of the chaos and crimes we have seen in Libya and Syria”.

The UN Security Council is expected to vote on a resolution effectively imposing an arms embargo on Houthi fighters on Friday.

At least 643 civilians and combatants have been killed, and 2,200 injured, according to the World Health Organisation. 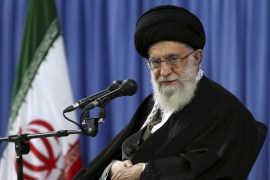 Heated war rhetoric aside, Yemen is not a priority for Iran and won’t incur an Iranian military intervention.