A rape suspect was forced out of a jail and lynched by a mob in northeastern India, local reports said, with anger raging over the high rate of sexual violence in the country.

The man, who stood accused of raping a woman multiple times and was arrested on February 24, was dragged out of the prison in Nagaland state before being beaten to death and strung up, according to media reports.

“A mass protest rally against the rape was held at Dimapur [Nagaland’s main commercial town] this morning after which students and angry people forced into the district jail and managed to pull out the accused,” the Press Trust of India news agency said.

Another report said that the crowd started marching towards the jail from a location almost seven kilometres away.

The Hindustan Times newspaper said the crowd “tore down two gates and took custody” of the suspect, before dragging him to the town’s landmark clock tower.

The suspect was then stripped naked, beaten and his body was strung up to the tower, the newspaper said.

“We are trying our very best to restore order.”

India is already in midst of a raging controversy over a government order to ban the broadcast of a documentary about the December 2012 gang-rape of a young student.

The incident, which sparked outrage both within India and around the world, highlighted the frightening level of violence against women in the world’s second most populous country.

The Indian government has also asked video-sharing website YouTube to block access to the documentary, claiming that its broadcast violated certain key agreements with the filmmaker. 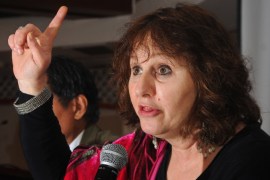 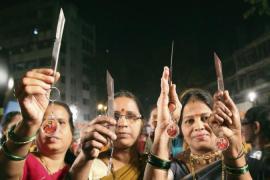 Indian president speaks out against rape