The postponement of elections and anticipated amendments to the Electoral District Law has the potential to change the traditional balance of power in Egyptian legislative politics, analysts said.

On Tuesday, Egypt’s administrative court confirmed the delay of parliamentary elections following a decision by the top constitutional court that rendered a section of the law governing the elections unconstitutional.

No new dates for the parliamentary poll have been announced as yet.

On Sunday, the Supreme Constitutional Court (SCC) ruled that Article 3 of Law 202, 2014, which manages the divisions of constituencies, is unconstitutional. This was one of four challenges made by the SCC ruling relating to the electoral law, with the claimants arguing the law did not provide for fair and proportional representation.

According to article 102 of the Egyptian constitution: “The division of electoral constituencies shall be defined by law in a manner which observes fair representation of the population and governorates and equitable representation of voters.”

The law would have divided Egypt into 237 electoral districts and stipulated that parliament be comprised of 567 seats, with 420 seats for independents, 120 for party candidates, and 27 members to be appointed by the president.

In the wake of the ruling, Egyptian President Abdel Fattah el-Sisi issued a statement calling on the cabinet to redraft the law within one month.

Timothy E Kaldas, a professor of politics at Nile University, said while the effects of the delay remain to be seen, it, nonetheless, provides time to revise the election law and allow for increased representation in the parliament.

“The current law allows for a weak parliament and works well for a strong presidency and the law must change for parliament to be a better check on the executive branch,” said Kaldas.

He added that the law must “move towards party lists and away from powerful individuals and families based on old networks established by the former ruling National Democratic Party”.

The emphasis on single member districts would ensure that these networks throughout the country remain strong, Kaldas said, adding that the only other group that had the infrastructure to capitalise on a single member system was the Muslim Brotherhood.

The group has been banned and labelled a terrorist organisation since the military ousted former President Mohamed Morsi in July 2013.

Analysts also pointed out that the parliamentary elections were meant to revive ancien regime networks.

“The parliamentary elections were designed to resurrect the Mubarak-era patronage system, in which the major power centres throughout the country – urban businessmen, Nile Delta clans, and the tribes of Upper Egypt – could use their representation in parliament to access state resources,” said Eric Trager, a senior fellow at the Washington Institute for Near East Policy and an expert on Egyptian politics.

The parliamentary elections were designed to resurrect the Mubarak-era patronage system, in which the major power centres throughout the country - urban businessmen, Nile Delta clans, and the tribes of Upper Egypt - could use their representation in parliament to access state resources.

He added these same actors supported Morsi’s ouster in 2013 and supported Sisi’s presidential bid in 2014. Trager believes that due to the delay “there is a chance that these power centres will grow antsy, especially if the revised parliamentary elections law is less favourable towards them”.

The SCC ruling further extends the period Egypt has been without a fully elected legislative body. In 2012, a new parliament was elected for the first time since the January 25 uprising. In June, it was dissolved by an SCC ruling that the election was unconstitutional, and one third of the winners were illegitimate.

The delay is a blow to Egypt’s transitional roadmap, which was set out by the armed forces following Morsi’s ouster in 2013. Parliamentary elections are the final stage following a referendum on the constitution and presidential elections held in 2014.

The completion of the transitional roadmap is also an issue that affects Egypt on the international stage, with US military aid to Egypt tied to it, and it being viewed as a sign of stability for investors.

Kaldas questions whether or not the US will stick to its conditions of democratic transition with regards to its military aid for Egypt, pointing out that exceptions have been made in the past for security reasons.

“With the pledge of allegiance to the Islamic State of Iraq and the Levant [ISIL] made by Ansar Beit al-Maqdis, the armed group fighting the military in Sinai, Sisi is connecting his security issues with the concerns of the US,” said Kaldas.

Trager also believes ISIL’s proximity to Egypt has “changed the narrative on Egypt somewhat, since Egypt is increasingly viewed as a possible ally in the war against religious radicalism rather than as the country that betrayed the ‘Arab Spring’.”

He observed that there exists a “growing recognition that Egypt’s messy domestic politics cannot be influenced from abroad”, and the “international community recognises that Egypt’s trajectory is undemocratic, and the elections delay simply affirms that”.

Sisi issued the Electoral District Law in December 2014 amid concerns over the number of seats handed to individual candidates and the possibility of opening the door for the return of Mubarak-era politicians and businessmen into parliament.

There have also been concerns over how effective the parliament could be with so many independent seats.

At least 10 parties had announced their intention to boycott the elections. In February, al-Dostour Party said the climate was not conducive to “encourage parties to engage in public life”.

The Popular Current, headed by Hamdeen Sabahy, Sisi’s only challenger in the 2014 presidential election, announced in January its decision to boycott, citing the Electoral District Law as the reason for the boycott.

RELATED: Q&A: Egypt’s graffiti, ‘the unmediated voice of the people’

A change in the electoral law to emphasise proportional representation could allow more political parties into parliament providing more diversity, according to analysts.

“Proportional representation will allow for smaller parties to participate and, in the medium term, gives those parties the opportunity to grow, gain experience and make them politically relevant,” said Kaldas.

Trager believes the delay and a new law could have an effect on the landscape of the political scene in Egypt. “The political parties are largely a media phenomena, and are ideologically indistinct from each other, with the exception of the Salafists. Their performance depends largely on how they mobilise support from the country’s current power centres,” said Trager.

“Delaying the elections likely adds uncertainty to those relationships, since new districting might create new

competition between certain tribes, clans, and businessmen that would not have existed under the previous elections law.”

Until a new parliament is elected Sisi holds both the executive and legislative power in Egypt and has issued more than 100 decrees since his inauguration on June 8, 2014.

The new parliament’s first task when it is elected will be to review decrees issued by both Sisi and interim President Adly Mansour, as per the constitution.

Egypt’s last legislative body, the Shura Council, which was the Upper House of parliament, was dissolved with Morsi’s ouster and the new constitution has done away with the two-house system.

It is unclear how long the process of redrafting of the Electoral Districts Law will take, and with the Islamic fasting month of Ramadan in June-July seen as an unfavourable time to hold elections, the polling may not take place until much later this year.

Kaldas believes there are many different aspects to consider when looking at the direction in which Egypt’s parliamentary politics could shape up. “Part of it is a legal problem. Political parties also can’t agree on what they want and the presidency is looking to formulate a law, which serves its own interests. Which [one] will prevail is still unclear.” 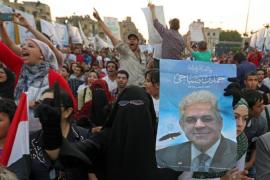 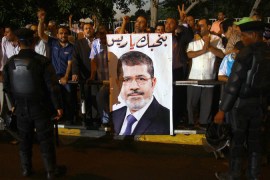 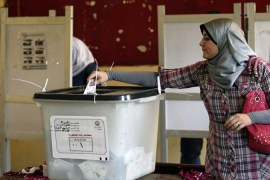 Government declares national holiday on final day of voting, with Sisi poised to defeat Sabahi, his only challenger. 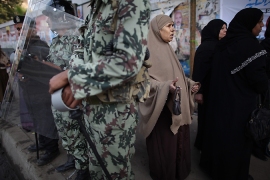