The Iraqi army has said its strategy for retaking the Islamic State of Iraq and the Levant (ISIL) group’s stronghold of Tikrit is to surround the city before launching an assault.

A senior commander said on Wednesday that operations were currently focused on preventing ISIL from launching more attacks and cutting supply lines to stop reinforcements and weapons from reaching Tikrit.

The next step will be to “surround the towns completely, suffocate them and then pounce on them,” Lieutenant General Abdel Amir al-Zaidi told the AFP news agency.

On Monday, the Iraqi security forces and a variety of allied fighting units launched the biggest ground operation yet against ISIL in Iraq.

Backed by jets and helicopters, the 30,000-strong force is moving in from three main directions, their progress slowed by suicide bombers, sniper fire and booby traps.

Iraqi forces have yet to retake Ad-Dawr and Al-Alam, towns south and north of Tikrit respectively which command access to the city.

Zaidi said the operation launched had already achieved results by securing areas further out in Salaheddin province and forcing ISIL fighters to regroup in urban areas.

“The first phase of the battle to liberate Salaheddin was successfully completed – and in record time – by clearing the areas in the east of the province,” Zaidi said.

Baghdad has tried and failed several times to retake Tikrit since ISIL fighters seized it in June 2014, as they swept through the country’s Sunni Arab heartland. 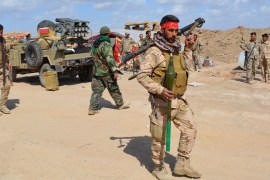 Security sources say troops have seized towns and villages along the way to Tikrit, capital of Salahuddin province. 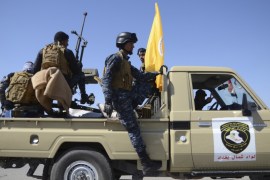 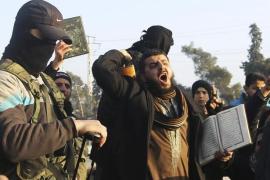 Gunmen from the Islamic State of Iraq take city and launch attacks on Kirkuk and Samarra, a day after the fall of Mosul.