A Canadian pastor who has reportedly gone missing in North Korea was invited to the capital Pyongyang just before his disappearance, the head of a South Korean Christian missionary organisation has said.

Reverend Chun Ki-won, the director of Durihana, which helps North Korean refugees, said Reverend Hyeon Soo-lim was one of the most influential Christian missionaries operating in the North.

Hyeon, a member of the Light Korean Presbyterian Church in Toronto, has not been heard from since January 31, just after he arrived in North Korea via China, according to media reports in Canada and South Korea.

“As far as I know, he was asked by officials to come to Pyongyang on January 31 before he went incommunicado,” Chun, a personal acquaintance of Hyeon’s, told the AFP news agency.

Chun said the information had come from other members of the close-knit circle of ethnic Korean missionaries in the US and Canada who are involved in aid projects in the North.

Hyeon’s lack of communication was initially attributed to the 21-day quarantine imposed on all foreign visitors to North Korea to prevent any outbreak of the deadly Ebola virus.

But that period would have ended on February 21, after which there was still no news, Chun said.

Chun noted that some of the food-related projects Hyeon was involved in – ranging from noodle plants to flour mills – were linked to associates of Jang Song-thaek, the purged uncle of North Korea’s president Kim Jong-un.

Jang is known to have led many joint economic projects before he was dramatically arrested and executed for treason in December 2012.

“We’re worried the invitation to Pyongyang was somehow related to his ties to Jang,” Chun said, adding that Hyeon had rarely travelled to the capital on previous trips.

Lisa Pak of the Light Korean Presbyterian Church told the Toronto Star newspaper that Hyeon had travelled to North Korea hundreds of times.

“Every now and then [there has been] a delay here or there but never to this extent,” Pak said.

The Canadian government was not immediately available to confirm the disappearance.

Canada advises its citizens against travel to North Korea.

Although religious freedom is enshrined in the North Korean constitution, it does not exist in practise and religious activity is severely restricted to officially recognised groups linked to the government. 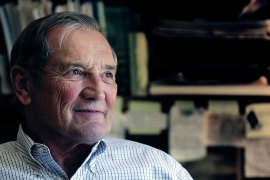 Merrill Newman, an 85-year-old Korean War veteran, was pulled off a plane as he was about to leave the country. 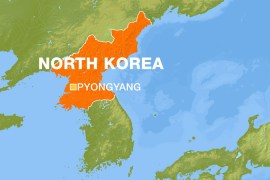 North Korea to release US citizen

American held on unspecified charges for six months to be released after intercession of US envoy, state media reports.