Sri Lanka’s new president has held talks with his Chinese counterpart in a push to recalibrate his predecessor’s strongly pro-China policies.

Maithripala Sirisena and Xi Jinping reaffirmed on Thursday the longstanding ties between their countries in a meeting in the Chinese capital, Beijing.

The talks between the two leaders kicked off Sirisena’s first visit to the China since taking office in January and follow his trip to neighbour and Chinese rival India in February.

Both sides said they continued to back the project, but any specific changes to it would have to be worked out by the companies involved, Liu was quoted by the Associated Press as saying.

China enjoyed close ties with Mahinda Rajapaksa, the former Sri Lankan president, under whom a raft of Chinese-backed projects sailed through the approval process with few questions.

However, Sirisena’s administration has ordered all China-funded projects to be reviewed.

Beijing was a trusted supplier of weapons in Sri Lanka’s crushing of ethnic Tamil separatists and backed the country against allegations at the UN on claims of human rights abuses in the civil war.

In his visit last year, Xi won support from Sri Lanka and neighbouring Maldives for a new maritime “Silk Road,” seen as a way of encircling India and controlling port access along sea lanes linking the energy-rich Gulf and economic centres in eastern China.

In contrast, Sirisena wants to balance Sri Lanka’s China ties against those with India and chose New Delhi for his first official visit. 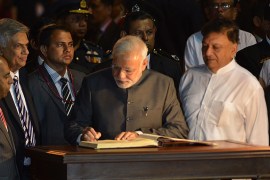 Trip is the first by Indian premier in nearly three decades and seeks to reassert Delhi’s influence over Sri Lanka. 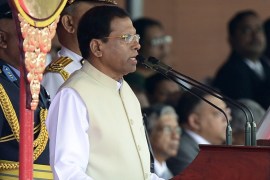