All 150 passengers and crew on board an Airbus plane operated by Germanwings are presumed dead after the aircraft crashed in the French Alps region.

There is no hope of finding any survivors, French police said on Tuesday.

“There is no need for any rescue operations, everyone is dead,” said a police officer in the town of Le Vernet, near the crash site.

French Interior Minister Bernard Cazeneuve said in the evening that one of the black boxes from the plane was found.

Search teams have been struggling to work in the remote mountainous area where the aircraft crashed.

Germanwings said the Flight 4U9525 plane, which was travelling from Barcelona in Spain to Dusseldorf in Germany, started descending one minute after reaching its cruising height and continued losing altitude for eight minutes.

Germanwings executive Thomas Winkelmann said that the pilot had “more than 10 years of experience” and some 6,000 flying hours on an Airbus jet under his belt.

“The aircraft’s contact with French radar, French air traffic controllers ended at 10:53am (9:57GMT) at an altitude of about 6,000 feet (approximately 1,825 metres). The plane then crashed,” Winkelmann told reporters.

He said that routine maintenance of the aircraft had been performed by Lufthansa Technik and there were no abnormalities with it.

In a live briefing earlier, French President Francois Hollande said: “There were German and Turkish victims. There should be no French victims but I am not completely certain … We are in mourning,” he said. “It’s a tragedy on our soil.”

A spokesman for Spanish Deputy Prime Minister Soraya Saenz de Santamaria said that some 45 people travelling on the plane had Spanish surnames.

Sixteen children and two teachers from a high school in the town of Haltern am See in northwest Germany are believed to be among the dead.

“There is a strong suspicion” that the students and teachers were on the doomed airplane, said the spokeswoman from the town in North Rhine-Westphalia state. “We don’t have any official confirmation yet.”

‘A loud noise, then nothing’

The owner of a camping site in Alpes-de-Hautes-Provence said he heard the plane come down.

“There was a loud noise and then suddenly nothing. At first I thought it came from fighter jets that often hold drills in the area,” Pierre Polizzi told Al Jazeera.

Lufthansa and Germanwings have established a telephone hotline. The toll-free 0800 11 33 55 77 number is available to all the families 3/5

by these events. Our thoughts and prayers are with the families and friends of the passengers and crew members. 5/5

Germanwings is the low-cost subsidiary of Germany’s Lufthansa airline.

“Germanwings has outstanding safety records. This is the first fatal incident involving the the airline,” Al Jazeera’s Dominic Kane, reporting from Berlin, said. “Airbus, the manufacturer of the plane, has serious concerns about the incident and wants to find out what actually has happened.”

Airbus delivered the crashed plane to Lufthansa in 1991, after which it flew exclusively for the German flagship carrier until it was transferred to Germanwings’ fleet last year. 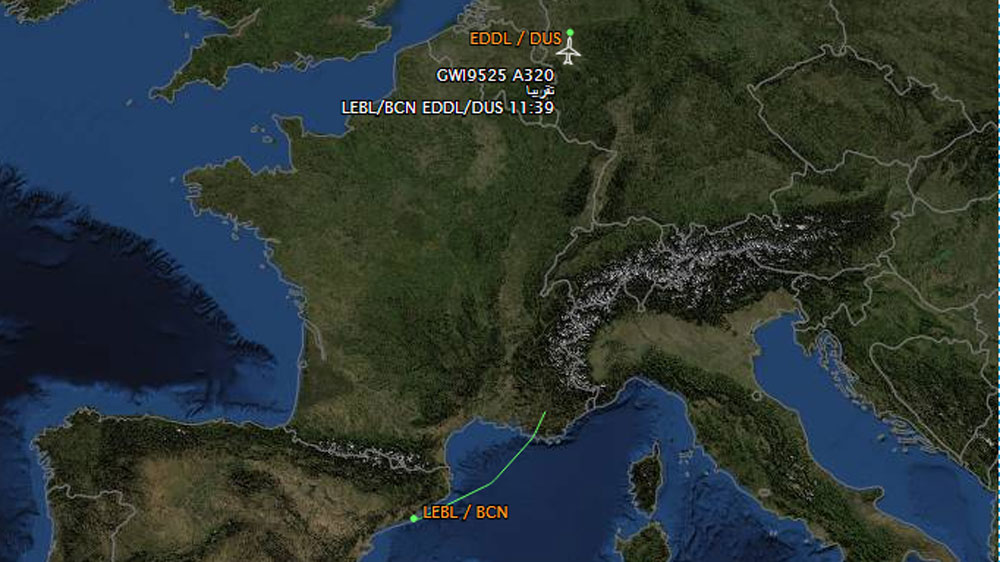