The health condition of Singapore’s Lee Kuan Yew “has worsened”, according to the government, as the country’s critically ill founding leader enters his seventh week in hospital.

The 91-year-old Lee, who is the father of the current prime minister, has been in the Singapore General Hospital with severe pneumonia since February 5.

He is being helped to breathe using mechanical ventilation, a form of life support.

Lee posted the latest bulletin on his Facebook page and was immediately flooded with well wishes and messages of support.

The government said earlier this week that Lee’s condition had deteriorated and that he was critically ill.

Lee Kuan Yew has been credited with transforming Singapore in just over three decades from a mosquito-infested economic backwater into a financial powerhouse with one of the highest per capita incomes in the world.

Lee was prime minister from 1959, when colonial ruler Britain granted Singapore self-rule, to 1990.

He led Singapore to independence in 1965 after a brief and stormy union with Malaysia.

Lee carried out the economic transformation despite Singapore’s lack of natural resources.

During his rule and even after he stepped down from office, Western leaders often sought his views on China and other regional developments.

Rights groups, however, have criticised his iron-fisted rule, which has seen political opponents jailed or driven to bankruptcy through costly libel suits. 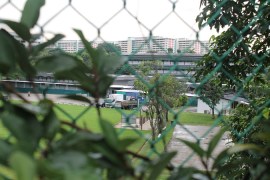 Strikes by migrant workers in the Southeast Asian nation are exposing fault lines in the country’s social fabric. 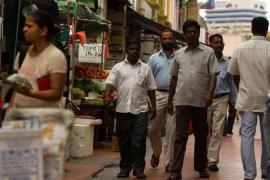