Data released by the US National Snow and Ice Data Centre (NSIDC) on Thursday said that the maximum annual extent of sea ice observed this year was 14.5 million square kilometres on February 25.

“This year’s maximum ice extent was the lowest in the satellite record, with below-average ice conditions everywhere except in the Labrador Sea and Davis Strait,” the NSIDC said in a statement.

This is the lowest ever recorded since satellite observations began in the 1979.  The ice was 1.1 million square kilometres smaller than the 1981-2010 average, and 130,017 square kilometres below the previous lowest maximum in 2011.

The UN’s panel of climate scientists links the long-term shrinkage of the ice – which has reduced by 3.8 percent per decade since 1979 – to global warming and says Arctic summertime sea ice could vanish in the second half of the century.

But the NSIDC also said that a late season surge in ice was still possible. A detailed analysis of the winter sea ice from 2014 to 2015 is due to be released in early April.

The World Wildlife Fund (WWF) said the loss of sea ice means trouble for a vast web of life that depends on it, from polar bears to marine creatures.

“Today’s chilling news from the Arctic should be a wake up call for all of us,” said Samantha Smith, leader of the WWF Global Climate and Energy Initiative.

“Climate change won’t stop at the Arctic Circle. Unless we make dramatic cuts in polluting gases, we will end up with a climate that is unrecognisable, unpredictable and damaging for natural systems and people.”

With the return of the sun to the Arctic after months of winter darkness, the ice shrinks to a minimum in September.

The UN’s World Meteorological Organisation says 2014 was the warmest year since records began in the 19th century. Almost 200 nations have agreed to work out a deal in December in Paris to slow down global warming. 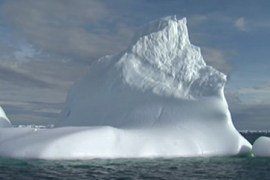 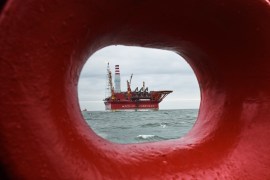