Uganda plans to send more than 240 of its health workers to the Caribbean despite criticism and the threat of an aid cut.

The plan to transfer at least 241 Ugandan health workers to Trinidad and Tobago has already been met with fierce criticism inside the East African nation.

Officials have said the scheme is merely part of Uganda’s bilateral cooperation with Trinidad and Tobago, from which Uganda has also benefited – with aid such as oil and gas industry training and financial support for its police.

He said the expatriation of the health workers – branded by activists in Uganda as a state-sanctioned brain-drain – “would considerably weaken Uganda’s health system”.

The government scheme has already been criticised by the US, which gives $400m in aid to Uganda’s health sector every year.

“If they engage us, we can enlighten them on what formed our decision. We believe they will reverse their decision.”

Opolot said the export of health workers was “a good policy for the medical fraternity in Uganda”, saying it would also “address the unemployment problems”.

However, the Institute of Public Policy and Research (IPPR), a Ugandan think tank, is challenging the expatriation and seeking a court injunction to block what it has blasted as a violation of the right to healthcare.

Activists in Uganda, plagued by a shortage of doctors, nurses and dentists, argue that more people will die needlessly if the plan goes ahead, stressing that Trinidad and Tobago has a doctor to patient ratio that is 12 times better than Uganda’s. 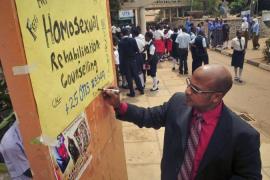 How US evangelicals are shaping development in Uganda 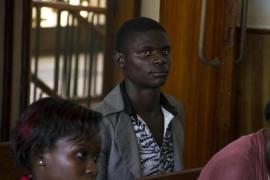 US cuts aid to Uganda over anti-gay law 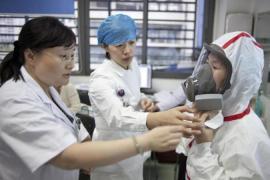 Beijing says it plans to send around 1,000 medical workers and experts to West Africa to help combat Ebola outbreak.