A former Chechen police officer who admitted taking part in the murder of Russian opposition activist Boris Nemtsov “likely confessed under torture”, a member of the Kremlin’s human rights council has said.

Zaur Dadayev allegedly confessed and was charged, but has now insisted to the council’s Andrei Babushkin that he is “innocent” and only made the admission under duress.

“There are reasons that lead us to believe Zaur Dadayev confessed under torture,” Babushkin told the AFP news agency on Wednesday, after a visit to the suspect’s Moscow prison cell.

“We cannot confirm that he was tortured, as we are not investigators, but we did find numerous wounds on his body,” said Babushkin, who was swiftly rapped over the knuckles by investigators for meddling in their probe.

The shooting of Nemtsov, a former deputy prime minister who became an outspoken critic of President Vladimir Putin was the highest-profile killing of an opposition leader during Putin’s 15 years in charge.

Dadayev, a former deputy commander in a special Chechen police unit, was charged by a Moscow court on Sunday with the murder alongside Anzor Gubashev, who worked for a private security company. The two men and three other suspects were remanded in custody.

Babushkin said Dadayev claimed he had made the confession under duress after being arrested in the North Caucasus region of Ingushetia last week. Dadayev alleged that he spent two days manacled and with a sack over his head.

“They shouted at me all the time, ‘You killed Nemtsov, didn’t you?’ I said, ‘no’,” Babushkin reported Dadayev as saying.

The suspect said he had eventually admitted to the killing to secure the release of an ex-colleague, Ruslan Yusupov, who was detained alongside him.

Russia’s powerful investigative committee condemned Babushkin’s statement as breaking the law and said that he and a colleague who visited Dadayev would be questioned over possible “interference in a criminal case”.

Nemtsov, 55, was shot four times in the back on February 27 as he walked with his girlfriend along a Moscow bridge just yards from the Kremlin.

The killing sent shockwaves through the opposition, which accuses Putin of steadily suppressing dissent and the Kremlin of being behind the murder of one of its last outspoken critics. 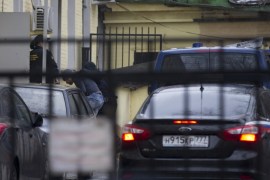 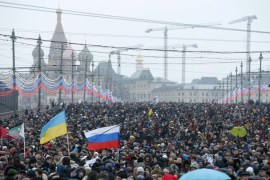 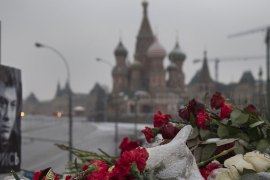