At least 16 police officers and eight protesters were hurt when Myanmar police clashed with students, monks and journalists as they broke up protesters calling for academic freedom, according to news reports and witnesses.

About 200 students and supporters, who have been protesting against an education bill, which they said stifles academic independence, had planned to march to the commercial hub of Yangon, when they were confronted by police, Reuters news agency reported.

State-run media confirmed that 127 people were arrested, including 52 male and 13 female students as well as 62 villagers.

Haung Sai, a member of the National Network for Education Reform, which took part in the protests, told Al Jazeera that there were at least three police officers to every one of the protestors and their supporters.

“The students never had a chance,” Haung Sai said. “The authorities were clearly in force and geared up to end this as violently and as quickly as they could.”

She said about 1,000 police officers were present at the protest site, but only about half were deployed to crack down on the protestors gathered outside a monastery in Letpadan, about 140km north of Yangon.

Another witness told Reuters of seeing about 100 protesters locked in two police trucks, while others fled the town and some were chased into a Buddhist temple.

Haung Sai said the government had earlier promised to negotiate with the protesters to resolve the issue.

“The police brutality was too much and we are getting more determined to make sure the reforms we want are seen through.”

Police, who also traded slingshot fire with protesters, had said they would allow the students to continue their march on Tuesday, but that agreement fell apart.

Yangon is the site of numerous student-led demonstrations, including those in 1988 that sparked a pro-democracy movement that spread throughout the country, before being brutally suppressed by the military government.

A semi-civilian reformist government took power in 2011 after 49 years of military rule and its response to the current protests has been more muted.

The Delegation of the European Union, which has been training the police in crowd management, condemned the crackdown, saying in a statement that it “deeply regrets the use of force against peaceful demonstrators”.

The Interim Myanmar Press Council said it was filing a complaint, protesting “in the strongest terms against the arrest of reporters” and calling for their release, without saying how many journalists were detained.

Police and government spokesmen were not available for comment. The Information Ministry posted photos on its Facebook page showing student protesters tearing down police barricades and noted that the protesters removed them “with force”. 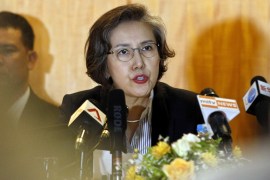 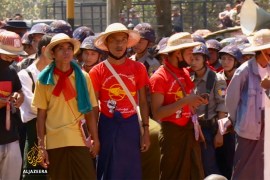 Police prevent young activists from holding protest in Yangon over legislation they regard as restricting freedom. 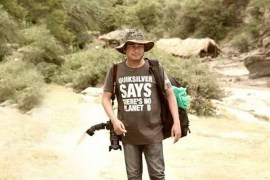