The UN mission to Iraq says violence in the country claimed the lives of at least 1,100 Iraqis in February, including more than 600 civilians.

In a statement released on Sunday, the UN Assistance Mission in Iraq (UNAMI) said 611 civilians were among 1,103 people killed last month. The rest were members of the security forces.

It said the most violent city was the capital Baghdad, with 329 civilians killed and 875 wounded.

The UN numbers do not include the third of the country held by the Islamic State in Iraq and the Levant (ISIL) group.

The news came a day after a series of attacks targeting public places and Shia militia checkpoints in and north of Baghdad killed 37 people, according to authorities.

The first bombs exploded near the market in the town of Balad Ruz, 70km northeast of Baghdad, killing 11 people and wounding 50, police and hospital officials said.

Samarra and surrounding areas have been under constant attacks by ISIL, which holds about a third of Iraq and neighbouring Syria in its self-declared caliphate. 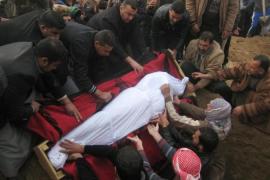 Violence is spiraling out of control in Iraq, as the regime dodges responsibility. 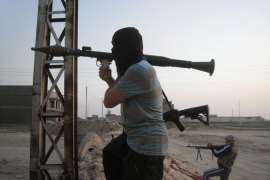 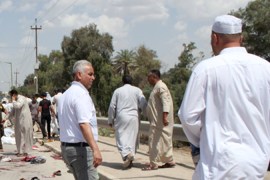 At least seven more people reported to have been killed in Mosul and Fallujah after deadliest day in months.