US officials have identified about 300 Bosnian immigrants who are believed to have concealed their involvement in wartime atrocities, and are trying to deport at least 150 of them, The New York Times reported.

The number of suspects could eventually be over 600, as more records from Bosnia become available, the newspaper reported on Sunday.

The immigrants were among refugees fleeing the violence in Bosnia after a war that erupted in 1992, with the collapse of Yugoslavia. Some of them are accused of involvement in the 1995 massacre in Srebrenica.

“The more we dig, the more documents we find,” Immigration and Customs Enforcement historian Michael MacQueen, who has led many of the agency’s war crimes investigations, told the Times.

Many of the Bosnian suspects were former soldiers, and they include a Virginia soccer coach, an Ohio metal worker and four Las Vegas hotel casino workers, the newspaper said. Some are now US citizens, it added.

The Times said evidence indicates half the 300 Bosnian suspects may have played a part in the massacre at Srebrenica, where 8,000 Muslim men and boys were killed by Bosnian Serb forces in five summer days in 1995, towards the end of a war that claimed 100,000 lives.

The massacre was the culmination of a policy of ethnic cleansing by Bosnian Serb military commander Ratko Mladic’s forces, to carve a pure Serb state out of communally diverse Bosnia.

The immigration agency, which opened its war crimes section in 2008, has been investigating atrocities in conflicts in El Salvador, Ethiopia, Guatemala, Rwanda and other global hot spots.

The Bosnian war, which left more than 100,000 people killed and displaced two million others from 1992 to 1995 after the breakup of Yugoslavia, has generated the most attention from American investigators than any other case.

The International Criminal Tribunal for the Former Yugoslavia has convicted nearly 80 people, with verdicts upheld in January against five Bosnian Serb military officials. 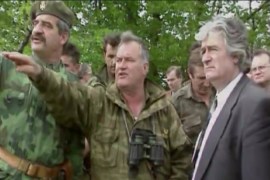 Both men accused of executing three-and-half-year campaign of mass murder and ethnic cleansing against Bosnian Muslims. 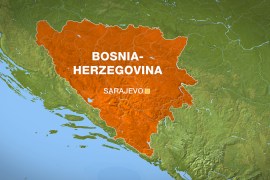 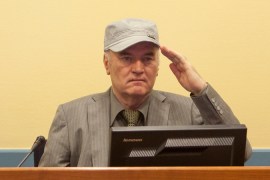 Ex-army chief charged with atrocities including hostage-taking and genocide, in particular the 1995 Srebrenica massacre.