A police operation has been launched at an estate in the French city of Marseille where residents said “Kalashnikov shots” were fired “in the air”, the AFP news agency reported citing sources.

Sources added that there were no victims, the news agency reported.

Earlier reports suggested that “hooded gunmen” had fired on police, but local media later said the violence appeared to be “gang related”.

Elite police troops were being sent to the scene in the northern suburbs of the Mediterranean port city, sources told Reuters news agency by telephone.

Marseille has for years been plagued by rampant gang-related gun violence and deputy mayor Caroline Pozmentier said Monday’s incident was part of a drug trafficking problem in the area.

A school had been evacuated, she said, adding “this battle against drug trafficking is a long-term battle”.

Prime Minister Manuel Valls had been scheduled to visit the city on Monday. 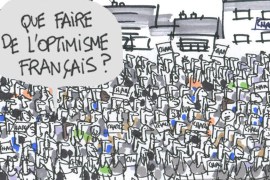 Still reeling from January’s attacks, soul-searching is under way for a more inclusive – and hopeful – France. 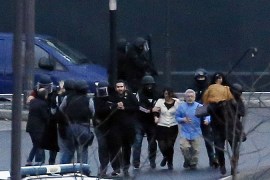