Argentina’s President Cristina Fernandez was criticised at home and abroad after posting a statement on the micro-blogging site Twitter during a state visit to China, in which she seemingly poked fun at Asian difficulties pronouncing the letter R.

Fernandez, on a mission to China to expand trade and political ties, tweeted in Spanish on the number of people attending one of her events in Beijing, asking: “Are they all with La Campola?”

She was referring to La Campora, her party’s youth organisation, led by her son.

“Or, are they only there for the lice [rice] and petloleum [petroleum]?” she added. It was a play on a political joke from home: Fernandez’s detractors say that her supporters only attend party events so they can get a free sandwich and a soda.

After the tweets triggered criticism and accusations of racism, she followed up with another saying:  “Sorry. You know what? There is too, too much craziness and absurdity, only humour can get you through it.”

The Argentine president is already under the spotlight at home after the suspicious death of a prosecutor.

While the tweet was prominently covered in Argentine and international media, China’s government-run news outlets carried no mention of the gaffe or commented on its diplomatic implications.

Twitter has been banned in mainland China since 2009, over fears it could be used to organise protests, with Chinese using home-grown platforms that strictly adhere to government censorship orders.

But posters on Chinese social media sites were still disdainful, with some pointing out that Fernandez was referring to more of a Japanese tendency than a Chinese one.

“How about you say two sentences in Chinese so I can hear your pronunciation?” asked one.

Another user on Sina Weibo, a Twitter-like microblogging service, added: “Amazing she has the courage to beg for investment while at the same time ridiculing Chinese people.” 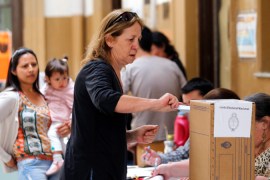 Cristina Kirchner’s party loses seats in Congress, dashing hope of her hopes of a third term as president. 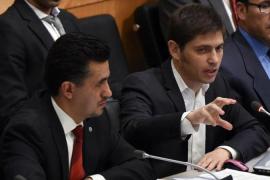 Buenos Aires rejects talks unless a US judge approves its request for more time to pay $1.5bn in bad debts.