Jailed Al Jazeera journalist Mohamed Fahmy has renounced his Egyptian citizenship after he was given permission to do so by the Egyptian interior ministry.

Fahmy, who has been held in Egypt for 402 days, held dual Canadian-Egyptian citizenship.

Under the rules of a presidential decree, foreign nationals convicted of crimes in Egypt can be deported.

Baird told the Canadian Broadcasting Corporation on Monday that diplomatic efforts to free Fahmy were going very well, but he did not elaborate as to when it was expected to happen.

Fahmy, Al Jazeera’s Cairo bureau chief, was arrested in December 2013 along with his colleagues Peter Greste and Baher Mohamed.

They had been falsely accused of colluding with the outlawed Muslim Brotherhood.

After their conviction in June 2014, the men were sentenced to between 7 and 10 years in jail.

On January 1, Egypt’s Court of Cassation overturned the journalists’ sentences and ordered a retrial, but there is still no indication of when that trial will begin.

Greste was released on Sunday after 400 days in jail.

Speaking on Monday, he said: “I feel incredible angst about my colleagues, leaving them behind.”

He added that his release was a “massive step forward” for Egypt and that he hoped the country would “keep going down this path” with his colleagues.

“Baher is one of the most amazing family men I’ve ever met. If anyone’s suffered out of all of this, it is Baher, he has a wife, and one of his children was born while he was in prison.” 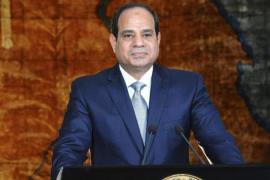 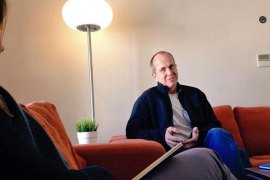