A British-accented man who has appeared in beheading videos released by the Islamic State of Iraq and the Levant (ISIL) group in Syria bears “striking similarities” to a man who grew up in London, according to a UK-based nongovernmental organisation.

Mohammed Emwazi has been identified by news organisations as the masked fighter more commonly known as “Jihadi John.”

London-based CAGE, which works with Muslims in conflict with British intelligence services, said on Thursday that Asim Qureshi, its research director, saw strong similarities, but because of the hood worn by the man, “there was no way he could be 100 percent certain”.

Qureshi painted a picture of a kind and thoughtful young man who faced harassment from MI5, which apparently suspected he wanted to join the Somali armed group al-Shabab.

He said British spies had tried to recruit Emwazi.

“There’s one character that I remember, one kind person that I remember and then I see that image and there doesn’t seem to be a correlation between the two,” Qureshi said.

The Centre for the Study of Radicalisation and Political Violence at King’s College London, which closely tracks fighters in Syria, also said it believed the identification was correct.

If these allegations are true, we are shocked and sickened by the news.

British counterterrorism officials would not confirm the man’s identity.

A man with similar stature and voice also featured in videos of the killings of American journalist Steven Sotloff, Britons David Haines and Alan Hemming and US aid worker Abdul-Rahman Kassig.

According to the Washington Post and the BBC, Emwazi was born in Kuwait but came to Britain aged six and graduated with a computer programming degree from the University of Westminster before coming to the attention of Britain’s main domestic intelligence service, MI5.

“If these allegations are true, we are shocked and sickened by the news,” the university said in a statement.

The university confirmed that a student of that name graduated in 2009.

An associate of Emwazi, who was a fluent Arabic speaker, said MI5 tried to recruit him and then prevented him from travelling abroad, forcing him to flee abroad without telling his family.

He travelled to Syria around 2012.

CAGE said it has been in contact with Emwazi for more than two years after he accused British intelligence services of harassing him.

It said that in 2010 he alleged British spies were preventing him from travelling to the country of his birth, Kuwait, where he planned to marry.

MI5 does not publicly comment on such claims. The British government and police refused to confirm or deny his identity, citing an ongoing security investigation.

“We don’t confirm or deny matters relating to intelligence,” said a spokeswoman for Cameron, who has ordered spy agencies and soldiers to track down the killer.

Shiraz Maher of the King’s College radicalisation centre said he was investigating whether Emwazi was among a group of young West Londoners who travelled to Syria in about 2012.

He said Emwazi’s background was similar to that of other British fighters, and disproved the idea “that these guys are all impoverished, that they’re coming from deprived backgrounds.

“They are by and large upwardly mobile people, well educated,” Maher said. 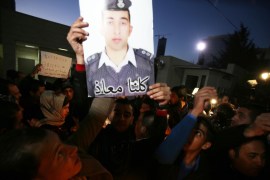 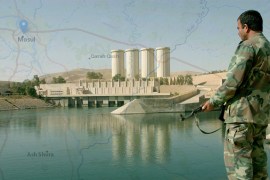 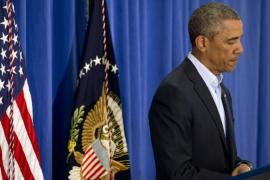 Obama authorised a secret mission to free journalist and other Americans but they were not found, officials say. 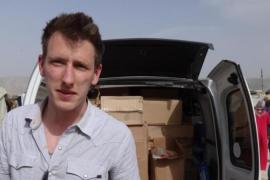 US president condemns killing of US aid worker Peter Kassig who was beheaded along with Syrian troops.