By Will Jordan and Rahul Radhakrishnan

Political wariness on the part of the South Africans is hardly surprising given Israel’s extensive military and security cooperation with the apartheid regime ousted in 1994. The current South African government is led by the African National Congress, which aligned itself with the Palestine Liberation Organisation.

A secret analysis from South African intelligence dismisses a tour of African countries by the Israeli foreign minister in 2009 as “an exercise in cynicism”.

It says Avigdor Lieberman’s nine-day trip to Ethiopia, Nigeria, Ghana, Uganda, and Kenya laid the groundwork for arms deals and the appropriation of African resources, while hiding behind “a philanthropic façade”.

Israel has long maintained ties with African countries based on its own security and diplomatic needs. Its ties with the old apartheid regime in South Africa were strongly based on military needs, and reportedly included cooperation in the development of nuclear weapons.

Kenya, from where Israeli special forces staged a commando raid to free hostages held at Uganda’s Entebbe airport in 1977, has long been counted as an important ally.

Reports in the Israeli and Nigerian media last month said the US had blocked Israel’s planned sale of military helicopters to Nigeria. Israeli media hailed Israel’s deepening ties with President Goodluck Jonathan for putting an end to a December 30 UN Security Council resolution setting a timetable for Israeli withdrawal from occupied Palestinian territories. Nigeria had signalled it would support the Palestinian-backed resolution, but its switch to an abstention denied the resolution the necessary majority in the Council.

South Africa’s “Geopolitical Country and Intelligence Assessment” of October 2009 accused Israel of pursuing “destructive policies” in Africa that include:

In 2009, when Lieberman took his official tour of Africa, the Israeli foreign ministry issued a statement quoting him as saying “the visit to Africa is very important in reinforcing and improving Israel’s standing in the international community.”

But South African intelligence analysts took a jaundiced view of the exercise.

“While Liberman [sic] talked with African leaders about hunger, water shortage, malnutrition and plagues afflicting their nations,” they wrote, “Tel Aviv’s promises to African states could be seen as the gloss on an exercise in cynicism.”

The South African document said “Israel’s military, security, economic and political tentacles have reached every part of Africa behind a philanthropic facade”. And it saw Prime Minister Benjamin Netanyahu as launching a diplomatic offensive to win friends in Africa.

South Africa will not currently be counted as among those friends, though, if the assessment of the State Security Agency is anything to go by. Lieberman further annoyed the South African government in November 2013 when he warned the country’s 70,000-strong Jewish community that it faced a “pogrom” and could only save itself by immigrating to Israel “immediately, without delay, before it’s too late”.

“The government of South Africa is creating an atmosphere of anti-Israeli sentiment and anti-Semitism,” Lieberman said, “that will make a pogrom against Jews in the country in just a matter of time”.

The South African Jewish Board of Deputies dismissed Lieberman’s comments as “alarmist and inflammatory”, and noted that South African Jews experienced comparatively low rates of anti-Semitism. 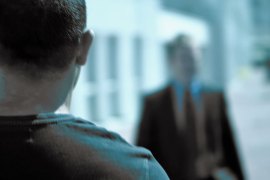 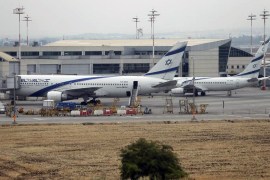 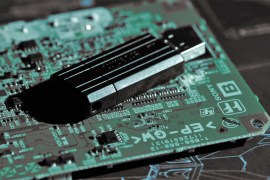