Less than a week after the United Nations Security Council adopted Resolution 2201, the political landscape in Yemen has been further complicated by President Abd-Rabbu Mansour Hadi’s surprising escape from the Houthi-imposed house arrest.

Despite the Houthis’ attempts to downplay Hadi’s escape and spin it in their controlled media outlets, it certainly happened against their political will and desire.

The Security Council resolution came on the heels of desperate calls by both UN Secretary-General Ban Ki-moon, who has warned the international community of the severe ramifications if Yemen falls into complete chaos, and a ministerial communiqué from the Gulf Cooperation Council (GCC) asking the Security Council to authorise the use of military intervention in Yemen under Chapter 7 of the UN charter.

First, while deploring the Houthis’ control of key government institutions, the resolution emphasised the return to the GCC Initiative and the National Dialogue Conference outcomes as the legal foundations of Yemen’s transitional period.

Second, the resolution called for the release of the president, Prime Minister Khalid Bahah, and other members of the Yemeni government.

Finally, the Security Council requested Ban to report back to the council on the implementation of this resolution after two weeks.

Upon his arrival to Aden, Hadi addressed Yemeni citizens in his capacity as the legitimate democratically elected president of the unified Yemen, proclaiming all political measures adopted by the Houthis since January 21, to be unconstitutional.

Hadi’s significant  – and unexpected political move – has unquestionably affected the trajectory of the ongoing negotiations that Jamal Benomar, the UN special envoy to Yemen, is administering among Yemeni political actors including the Houthis, the General People’s Congress, and the Joint Meeting Parties.

There is growing demand now to relocate these political negotiations from Sanaa to Taiz or Aden. Moreover, Hadi’s escape to Aden  – although details of his escape remain undisclosed – has not only politically embarrassed the Houthis and generated political upheaval in Sanaa, but also shows that the Houthis lack the sophisticated security capabilities to provide political security in Sanaa and other key areas under their control.

Yemenis are left to wonder how, if the Houthis couldn’t effectively secure the house arrest of Hadi, will they be capable of managing state political institutions during this very volatile time in Yemen’s history.

What is most important about Hadi’s escape is that it has given Yemenis a glimmer of hope that the balance of power may now be tipping in favour of the anti-Houthi forces – including Hadi, who has been politically resurrected and now has a rare second chance to lead Yemen during the coming months.

Until January 21, almost every political actor in Yemen blamed Hadi for the ongoing unrest, including – ironically – the Houthis, who he had helped tremendously through grave political miscalculations that allowed them to expand their influence and gain control of Yemen’s northern cities one after another.

Although Hadi has not been entirely responsible for Yemen’s political problems since the ousting of former President Ali Abdullah Saleh, he has repeatedly demonstrated unsophisticated political skills.

Even before the Houthis placed him under house arrest, Hadi never met Yemenis’ expectations and did little to solve their chronic political and economic problems.

Furthermore, Hadi rarely spoke directly to the public during that period and failed to inspire them when he did speak. He lacks the charisma of Yemen’s late President Ibrahim al-Hamdi who served during the mid-1970s, and the unscrupulous Machiavellian political skills of Saleh.

However, Hadi’s short-lived political resignation, his endurance of the house arrest, and indeed his surprising escape from Sanaa to Aden have helped boost his support among many anti-Houthi forces.

The international community – including the UN, the United States, and the GCC – has not yet lost confidence in him. The last Security Council resolution was unanimously approved, increasing the Houthis’ isolation.

In response to Hadi’s escape and political declaration, the Houthis issued a political decree on February 22, calling on the Bahah government to resume its work despite its resignation on January 22, until the formation of a new government.

Although it is doubtful that such a government would withstand international pressure, this unilateral step suggests the likely formation of two Yemeni governments, one in Sanaa under the Houthis and another in Aden under Hadi.

If this occurs during the coming weeks, will it mean the practical separation of the north and the south? Will Hadi’s escape help to strengthen or weaken al-Hirak (the secessionist movement) in the south?

The answers to these questions depend a great deal on Hadi’s political intentions, which have so far favoured unification under a new federal system and a new constitution that would decentralise power to a greater extent to more effectively address the south’s political grievances.

The Yemeni political scene seems more complicated than ever, but for the time being many in Yemen are saying: “Bravo Mr President, but please do not disappoint us again because the country cannot afford another political failure.” 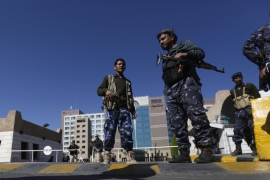 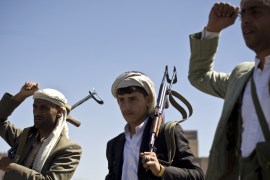 A number of scenarios could follow the Houthis’ takeover, from relative political stability to all-out civil war. 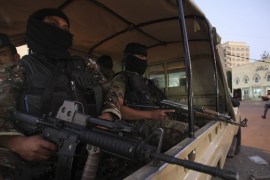 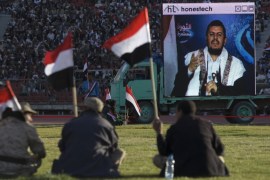