US-led air strikes against the Islamic State of Iraq and the Levant (ISIL) group in Syria have killed more than 1,600 people since they began five months ago, a monitor said.

The Syrian Observatory for Human Rights said on Monday that almost all of those killed were fighters from ISIL and al-Qaeda’s Syrian affiliate al-Nusra Front, though it also documented the deaths of 62 civilians.

The Britain-based monitor said the strikes that began on September 23 had killed 1,465 members of ISIL, most of them non-Syrians.

Another 73 fighters from al-Nusra Front were killed, along with a man from a rebel group being held prisoner by ISIL in the group’s de facto capital Raqa.

But it broke with al-Qaeda and declared an Islamic “caliphate” in territory it controls in Syria and Iraq, attracting a steady stream of foreign fighters and carrying out abuses including beheadings.

Assad says Syria informed about US strikes against ISIL 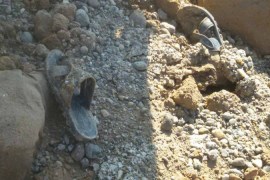 Monitoring group says it documented 1,175 civilian deaths since ISIL’s declaration of a “caliphate” on June 28. 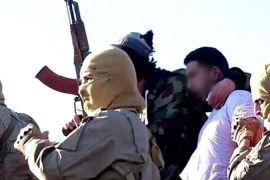 Jordan confirms that one of its pilots has been taken hostage after plane was reportedly shot down during a mission.