The High Court of Kenya has made a major ruling against the country’s proposed anti-terror laws, overturning the state restrictions on the media to report on security operations.

The court first suspended parts of the anti-terror law in January.

Kenya’s government argues the measures are needed to confront a wave of attacks by the armed group al-Shabab, the armed organisation in control of parts of neighbouring Somalia.

Al Jazeera’s Haru Mutasa, reporting from the court, said the section of the security law that called for more control on the media has been struck down by the judges.

They said it ‎limited the right of freedom of expression and was a violation of the constitution, Mutasa said.

The law prohibits reporting in matters under investigation or reporting on security operations.

President Uhuru Kenyatta signed the bill into law in December 2014. 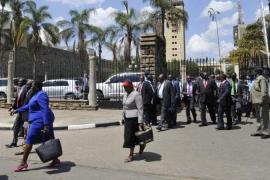 Court suspends key clauses of legislation passed by parliament and signed by the president owing to rights concerns. 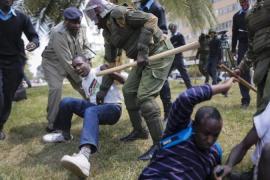