An Egyptian court has sentenced Alaa Abdel Fattah, a leading figure in the country’s 2011 uprising, to five years in jail in a move condemned by human rights observers.

Abdel Fattah, 33, was a leading secular figure in the revolt that toppled president Hosni Mubarak.

He was originally sentenced in absentia to 15 years in jail, along with 24 others, before a retrial was ordered.

One other defendant, Ahmed Abdulrahman, also received five years in jail, while 18 accused received three years. Others who were tried in absentia were given 15 years.

The Cairo court said on Monday that the prominent blogger and software engineer had violated the country’s protest law.

After the verdict was read out, chants of “Down, down with military rule!” rang out from supporters of Abdel Fattah who crowded the courtroom.

Abdel Fattah is one of several activists to have been jailed since the army overthrew president Mohamed Morsi in mid-2013, and launched a crackdown on his Muslim Brotherhood and other groups, including secular democracy activists.

Khaled Dawoud, a spokesman for Egypt’s Constitution Party, condemned the verdict as part of an effort “to stifle dissent from the youth”.

“They were only holding a peaceful protest,” Dawoud told Al Jazeera. “These youths didn’t have any criminal or violent record.”

Laila Seif, Abdel Fattah’s mother, told the Reuters news agency that she hoped her son would draw on the strength that helped his father, a human rights lawyer, through a five-year sentence under Mubarak.

Speaking to Al Jazeera, Amnesty International’s Nicholas Pichaud warned that the country’s justice system is “spiralling out of control”.

“This is not justice, this is a vendetta,” he said. “It is aimed at ripping out the heart of Egypt’s protest movement.”

The same court also adjourned to March 8 the trial of two Al Jazeera television journalists charged with aiding a terrorist organisation – a reference to the Muslim Brotherhood. Al Jazeera denies the charges. 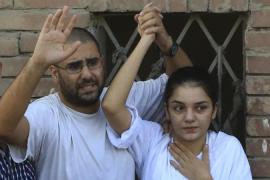 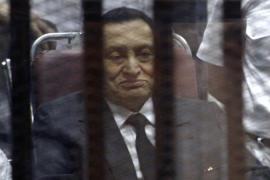 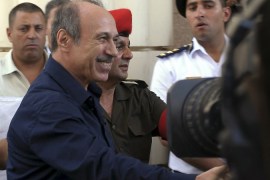