The Bangladesh government has ordered an investigation a day after a passenger ferry collided with a cargo ship in the Padma river, northwest of the capital Dhaka, killing at least 70 people.

Speaking at the scene in Manikganj, Shajahan Khan, the shipping minister, said on Monday that an investigation had been launched into the sinking of the twin-deck MV Mostofa, which was carrying at least 140 people.

Police have seized the cargo ship that hit the ferry and arrested the captain and his two crew, police said.

More than half the 70 bodies retrieved from the river were women and children. At least 50 people survived the accident.

Al Jazeera’s Tanvir Chowdhury, reporting from Manikganj, said at least five people are still missing. Rescuers told Al Jazeera that is is unlikely that they will be found alive.

Chowdhury said that survivors of the accident blamed overcrowding as the major cause of the high death toll.

Nanu Shiekh, one of the survivors, told Al Jazeera that he, along with four others, escaped through a narrow hole in the boat when it flipped upside down. Some of the victims were trapped in the lower deck of the boat.

Our correspondent said hundreds of people were waiting outside a makeshift morgue to claim the bodies of their relatives.

“It’s a familiar scene in Bangladesh, where passenger boat accidents are a common phenomena,” he said.

A similar accident on February 13 killed at least seven passengers in southern Bangladesh. 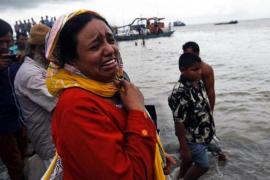 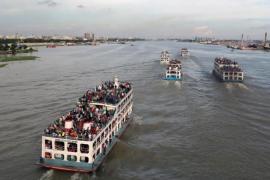 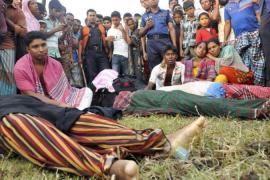