Palestinian President Mahmoud Abbas has threatened to stop security coordination with Israel if the country continues to withhold millions of dollars of Palestinian tax revenue.

Israel has withheld tax revenue from the Palestinians since they joined the International Criminal Court last month. Shaath said the withheld revenue amounts to $140m per month for the last two months.

Tax revenue accounts for about 70 percent of the Palestinians’ budget. The withheld revenue has led the cash-strapped Palestinian government to take out bank loans. For the last two months, it has paid only partial salaries for civil servants.

Palestinian officials said the US, European Union and Arab countries have asked the Palestinians to hold off on any decision about cancelling security coordination with Israel until after Israeli elections on March 17, saying Israel may release the revenue after the elections.

But the Palestinian officials said they were concerned Israel could continue to withhold the tax revenue as a punitive measure through April, when the Palestinians become official members of the International Criminal Court.

The officials spoke to the Associated Press on condition of anonymity to discuss internal deliberations.

US Secretary of State John Kerry said on Saturday the US fears that without a cash injection, the Palestinian Authority could collapse – entailing serious security implications for both Palestinians and Israelis.

Palestinians and Israelis cooperate on arrests and other security matters in the West Bank. The Palestinian leadership has been under public pressure to cancel the security coordination, but it has been reluctant to do so.

Israel has withheld and subsequently released Palestinian tax revenue in the past. The Palestinians have also threatened to dissolve security coordination in the past. 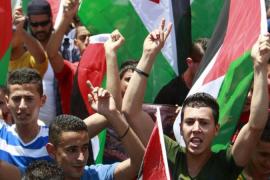 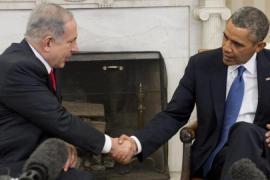 Why dissolving the Palestinian Authority may just be the wisest step towards a final settlement of the conflict.