Renewed fighting has occured in eastern Ukraine despite European efforts to revive a fresh ceasefire, a day after pro-Russian separatists who spurned the truce forced thousands of government troops to withdraw from the strategic town of Debaltseve.

Artillery was still raining down near Debaltseve, a strategic railway hub, on Thursday, and the Ukrainian military said its troops had come under fire elsewhere from rebels.

Western nations have refused to give up on a peace deal negotiated last week even though rebels disavowed it to seize Debaltseve.

Thousands of besieged Ukrainian troops pulled out of the town on Wednesday in one of the worst defeats for the Kiev government of a 10-month war that has killed more than 5,000 people.

Pro-Russian separatists have broken the ceasefire more than 250 times since it went into effect earlier this week, a US official said on Thursday.

“The United States condemns continuing attacks by Russia-backed separatists in and around Debaltseve, Mariupol and other locations in eastern Ukraine which violate the ceasefire and flout the Minsk agreements,” Jen Psaki, State Department spokesperson, said.

Psaki repeated US calls on Russia and the separatists “to stop their attacks immediately, withdraw heavy weapons, halt the flow of fighters and equipment from Russia into Ukraine”.

She also urged that OSCE monitors be allowed into the areas under rebel control to verify whether the ceasefire was holding.

In Artemivsk, a government-held town north of Debaltseve where Ukrainian troops arrived after evacuating the besieged town, soldiers spoke of their flight under gunfire as they withdrew on Wednesday.

At least 13 Ukrainian soldiers have been killed and dozens more went missing in the fighting in Debaltseve since the ceasefire earlier this week.

Local military officials said rebels had launched mortar attacks on government-held positions further south, near the coastal city of Mariupol, and were building up forces there.

“Right now there are mortar attacks on Shyrokine,” a local military spokesperson said by phone, referring to a village about 30km east of Mariupol, along the coast of the Sea of Azov.

“There is no attempt to seize our positions up to now. The rebels are bringing up reserves.”

Mariupol, a port of 500,000 people, is the biggest government-held city in the two rebellious provinces, and Kiev’s biggest fear is that rebels will try to capture it.

Western countries say Russia is behind the rebel advance, having deployed thousands of troops with advanced weaponry into eastern Ukraine to fight on the separatists’ behalf.

Russia denies it is behind the fighting.

It sponsored a UN Security Council resolution calling for all sides to stop firing but never criticised the rebels for advancing on Debaltseve.

President Vladimir Putin told Ukraine hours before the town fell that it should allow its troops there to surrender.

The rebels have said Debaltseve is the only place where the ceasefire does not apply, and have suggested they now intend to implement the truce.

They have announced that they are pulling back some heavy weapons, which is required under the peace deal.

The deal was agreed at all night talks last week in the Belarus capital Minsk, with the leaders of France and Germany mediating between Putin and Ukraine’s President Petro Poroshenko.

The US was not around the negotiating table for the talks with Germany, France, Russia and Ukraine which hammered out the peace deal.

John Kerry, US secretary of state, is however flying to London this weekend for talks with his British counterpart Philip Ham 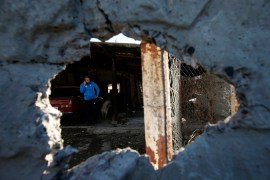 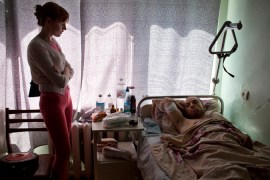 Ukraine ceasefire has been repeatedly violated by shelling from both sides.