Khuzaa, Gaza – Upon entering Khuzaa, a Palestinian town in the southern Gaza Strip, visitors are confronted by ubiquitous destruction.

Homes, schools, supermarkets and mosques were destroyed in last summer’s Operation Protective Edge, Israel’s third major offensive on the Gaza Strip since 2008. The UN Office for the Coordination of Humanitarian Affairs estimates the Palestinian death toll at more than 2,000, about three-quarters of whom were civilians. Israeli casualties amounted to 66 soldiers and four civilians. Khuzaa, with a population of roughly 9,000, was significantly impacted in the war.

“There is ample evidence to show that the Israeli army carried out gross violations of international law, including war crimes,” Saleh Hijazi, a Middle East researcher for Amnesty International, told Al Jazeera. Amnesty is currently finalising its analysis of testimonies and other material for a report detailing the actions of the Israeli army in Khuzaa and elsewhere.

During the attack and siege on Khuzaa from July 21 until August 1, “entire neighbourhoods were besieged and their evacuation prevented”, Hijazi noted.

“We documented cases where it seems the army targeted inhabited civilian homes, directly fired at and killed civilians [and may have used Palestinians as] human shields.”

They were all hard; everything is hard here. But this was much worse.

Fawziya Arjela, a 62-year-old Khuzaa resident who has lived through every major conflict since 1967’s Six-Day War, told Al Jazeera this was the worst she had seen.

“They were all hard; everything is hard here. But this was much worse,” said Arjela, who spent most of her time during the siege in a 500-square-metre health clinic with hundreds of other people. “During the war, they were bombing us, shelling us; it was impossible to sleep or eat. They wouldn’t let us leave.”

Saed Anjjar, 31, told Al Jazeera that he saw Israeli forces shoot his father while he waited to exit Khuzaa.

“We had been trapped inside our home for four days,” Anjjar said. “We couldn’t go out, because there were soldiers and snipers surrounding us.”

Eventually, the Israeli soldiers told them to prepare for evacuation, and on the morning of July 24, Anjjar and his family joined roughly 3,000 others in an attempt to exit. “As we approached the exit, a group of soldiers asked us to get on our knees and put our hands up,” Anjjar said.

As shots hit the ground around them, Anjjar said, one of the soldiers asked whether anyone in the group spoke Hebrew. As his father, who spent half his life working in Israel, stood in response to this, another shot rang out from a tank behind them, Anjjar said.

“It hit my father near his shoulder and exited through his neck. He died instantly,” Anjjar said. “We are interested in bringing whoever is responsible to court. My father was a civilian.”

Contacted by Al Jazeera for comment on the alleged shooting, the Israeli army responded: “We have no record of such an incident.”

This and other alleged violations that occurred during the 2014 war may come under closer scrutiny in the coming months, with Palestine set to formally join the International Criminal Court (ICC) on April 1. All events that took place during Operation Protective Edge will be retroactively eligible for prosecution.

Earlier this month, ICC prosecutor Fatou Bensouda opened a preliminary probe into war crimes in Palestine. The Rome Statue, the treaty that established the ICC and set the standards for war crimes, states that “intentionally directing attacks against the civilian population as such or against individual civilians not taking direct part in hostilities” is a war crime.

According to sources who spoke to Al Jazeera on condition of anonymity, at least four separate Israeli army brigades were involved in the attack on Khuzaa, including the Givati Brigade, led by the controversial Colonel Ofer Winter, who first made headlines by likening Operation Protective Edge to a holy war against the enemies of Israel. In an interview with Hebrew press, Winter spoke about “clouds of glory” sent by God to protect his soldiers as they descended upon Khuzaa.

Winter and the Givati Brigade were also involved in “Black Friday”, the aerial bombardment of Rafah on August 1, which caused severe destruction to the southern city. The Gaza-based Palestinian Centre for Human Rights placed the death toll at 123 civilians, while Israeli authorities said it was closer to 41, including 12 Hamas operatives.

Philippe Sands, a professor of international law at the University College of London who has appeared before the ICC and other international courts, noted that any case would have to be brought against individuals, rather than states or corporations.

“A decision is taken only by the prosecutor. No one else can force the decision to be taken,” Sands told Al Jazeera.

If, after a preliminary investigation, the prosecutor feels a formal investigation is warranted, she must seek authorisation from a judge. The prosecutor’s office can then reach out to people from whom it wants documents, testimony and evidence, Sands said. In addition to Israeli soldiers, Palestinians from various armed groups, including Hamas’ al-Qassam Brigades, could be eligible for investigation, as alleged violations on all sides would be investigated.

Israel did not granted access to the Gaza Strip to groups such as Amnesty and Human Rights Watch, making it difficult for them to gather evidence immediately after the war.

Furthermore, the ICC has faced significant challenges with recent cases in Sudan, Kenya, and Libya and may be hesitant to open another difficult case. “Things don’t happen overnight,” Sands noted. 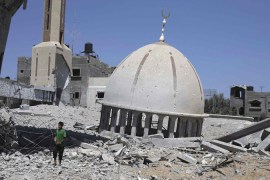 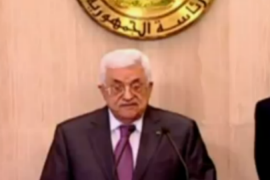 Armed factions in Gaza persuaded to back efforts to join the ICC to facilitate investigating Israel’s war crimes.