Correa’s decision to marshal a digital counteroffensive against a rise in mocking images surrounding his presidency is seen by his critics as the latest in a string of attacks on freedom of expression.

“For every lying tweet that they send out, we will send 10,000 that are truthful,” Correa said on Saturday in his weekly TV appearance.

Human rights groups have criticised Correa as being “intolerant”.

Since 2012, Correa has secured a $42m criminal libel award against the country’s main opposition newspaper, forced top political cartoonist Javier Bonilla to “correct” his work and secured passage of a new media law that made a government panel the arbiter of journalistic fairness.

For every lying tweet that they send out, we will send 10,000 that are truthful.

Cesar Ricuarte, director of the Fundamedios press freedom watchdog, said Correa has anointed himself “the owner of humour”, by trying to “tell Ecuadoreans what should make us laugh”.

Correa’s decision to move decisively against satirical “memes” – images that become instant online sensations – was a reaction in part to an online satirist who goes by Crudo Ecuador and who has about 36,300 Twitter followers to the presidential campaign’s 4,900.

The landing page of the website features a registration form and the slogan “We are with you, comrade president.”

In jabs at Correa, Crudo Ecuador posted a photo to Facebook of the leftist president holding a shopping bag at a “luxury” European mall just as Ecuadoreans face potential belt-tightening over the plunge in the price of oil, their main export.

Crudo Ecuador’s author denies the president’s claim that he’s a hired gun of one of Correa’s opponents.

“I’ve been a jokester all my life,” he told The Associated Press news agency. “If I were getting paid, I wouldn’t have credit card debts.”

He said he’s voted for the leftist economist, who is highly popular for his social welfare spending, and thinks he’ll vote for him again. 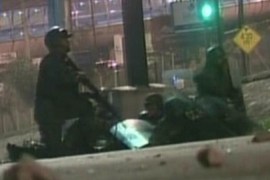 Soldiers storm hospital where Rafael Correa had been trapped by police officers protesting over plans to cut benefits. 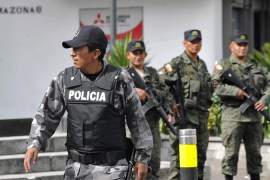 Ecuador to jail police over mutiny

Lawyer for police officers investigated over deadly uprising says they are being swept up in a “witch hunt.” 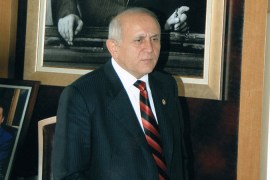 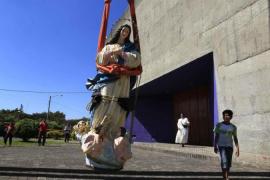