The European Court of Human Rights (ECHR) has rejected an appeal by Turkey, upholding a September 2014 ruling that mandatory secondary school religious classes were in breach of the “right to education”.

The top human rights court’s decision was announced in the list of Grand Chamber’s rejected referrals on Tuesday without a further statement. The judgement is now final, according to the Strasbourg-based ECHR.

The case of Mansur Yalcin and Others v Turkey was filed in February 2011, by 14 Turkish nationals of Alevi faith living in Istanbul.

Alevism is a branch of Islam mixing Shia, Sufi and Anatolian folk traditions in their practices and philosophy. Making up 15-20 percent of Turkey’s 76 million population, Alevi Muslims perform rituals in their own places of worship, called cemevi, and not in mosques.

In their 2011 application, the plaintiffs said the curriculum of compulsory secondary school classes in “religion and ethics” across Turkey was based on the Sunni sect’s understanding of Islam.

They argued, therefore, the classes breached the “right to education”, as outlined in the Article 2 of Protocol No 1 of the European Convention on Human Rights.

The applicants argued revised textbooks – changed after another ECHR judgement of 2007 – still treated the Alevi faith as a “tradition or culture, not as a belief system in its own right”.

The court’s ruling in September said that Turkey’s education system, even after changes were made in the textbooks, was still discriminatory.

“Turkey has to remedy the situation without delay, in particular by introducing a system whereby pupils could be exempted from religion and ethics classes without their parents having to disclose their own religious or philosophical convictions,” said the court.

According to Turkish legislation, only Christians and Jews are exempt from mandatory religious classes at secondary schools.

Ahmet Iyimaya, an MP of the ruling Justice and Development (AK) Party, told Al Jazeera that Turkey would act in line with the judgement.

“As the ECHR judgements are binding, the Turkish government is likely to evaluate its options to find a way to satisfy the demands of the court and the plaintiffs. I cannot comment on the concrete steps that are going to be taken,” Iyimaya said.

“Alevis are an inseparable part of our nation,” he said.

In a separate judgement in December 2014, the ECHR recognised cemevis as places of worship.

AK party official Omur Sanli said in early February that the government was working on a new legislation in line with the judgement in question.

ECHR judgements are binding for Turkey, given that the country is a party to the European Convention of Human Rights. 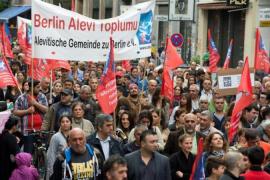 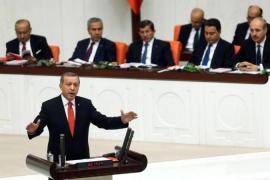