Sri Lanka’s new government has won a six-month delay in the publication of a report on alleged war crimes, after the UN human rights chief praised its willingness to open the country up to scrutiny.

The postponement came on Monday in response to Sri Lankan demands for more time to establish a new judicial mechanism to deal with the allegations.

I am acutely aware that many victims ... might see this is as the first step towards shelving, or diluting, a report they have long feared they would never see.

The country’s security forces have been accused of widespread human rights violations in the final stages of the civil war that ended in May 2009, including most of approximately 40,000 killings of Tamil civilians in the final weeks of the conflict.

The UN Human Rights Council voted last March to investigate war crimes in Sri Lanka, saying then President Mahinda Rajapaksa had failed to do so properly. The UN inquiry, advised by three experts led by former Finnish President Martti Ahtisaari, was due to report back next month.

UN rights chief Zeid Ra’ad al-Hussein said he had recommended deferral of the team’s report until September, and the president of the Human Rights Council had agreed, given “the changing context in Sri Lanka, and the possibility that important new information may emerge which will strengthen the report”.

The new government had given clear commitments indicating it was prepared to cooperate “on a whole range of important human rights issues – which the previous government had absolutely refused to do – and I need to engage with them to ensure those commitments translate into reality”.

Zeid stressed it had been a difficult decision to allow the delay and he vowed not to let wrongdoers off the hook.

“I am acutely aware that many victims … might see this is as the first step towards shelving, or diluting, a report they have long feared they would never see,” he said.

In a letter to Zeid, Foreign Minister Mangala Samaraweera set out reforms the government planned to implement within 100 days, including ensuring justice for war crimes, the Reuters news agency reported on Monday.

Samaraweera said he had invited Zeid to Sri Lanka, and all media restrictions and blocks on news websites had been lifted, the agency said.

The previous government of longtime strongman Rajapaksa had flatly refused to cooperate with the UN-mandated investigation into allegations that government forces killed up to 40,000 Tamil civilians while defeating the separatists in 2009. 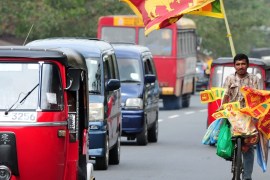 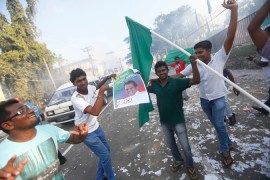 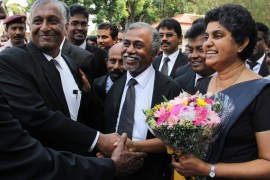