Italy has closed its embassy in Libya and repatriated its staff, citing “growing instability,” as it stepped up its call for a UN mission to enter the country.

The Italian foreign ministry said on Sunday that about 100 of its nationals were being evacuated by the Italian navy.

“The deteriorating situation in Libya made it necessary to close [the embassy],” Foreign Minister Paolo Gentilon said in a statement.

Intensifying violence in Libya, where the Islamic State of Iraq and the Levant (ISIL) is also active, is particularly alarming to Italy because the two countries are separated by only a relatively narrow stretch of sea.

On Friday, Rome warned its nationals against travelling to the former colony and urged those already there to leave. Hundreds of Italians work in the oil and gas sector.

The move came as Italy reiterated its willingness to lead a multinational force to tackle the situation in the country.

“We have told Europe and the international community that we have to stop sleeping,” Prime Minister Matteo Renzi told Italian state TV.

“We need a stronger UN mission. Italy is ready, as part of a UN mission to fulfill its role to defend an idea of freedom in the Mediterranean region.”

Powerful militias have been battling for control of key cities and the country’s oil riches since long-time leader Muammar Gaddafi was toppled in a NATO-backed 2011 uprising.

Taking advantage of the chaos, fighters linked to the Islamic State in Iraq and the Levant (ISIL) have claimed a string of deadly attacks.

The latest targeted a luxury hotel in Tripoli on January 27, when nine people were killed, five of them foreigners.

On Sunday, it was reported that 21 Egyptian Coptic Christians kidnapped in Libya by ISIL had been beheaded by the armed group. 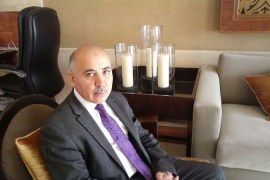 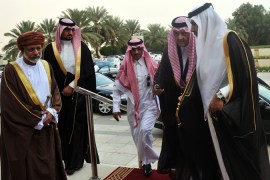 Gulf Arab foreign ministers call on the Arab League to take measures to stop the bloodshed in Libya. 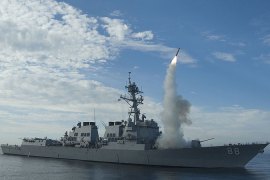