Ghardaia, Algeria – New clashes between Berber Mozabites and Chaamba Arabs in Ghardaia, 600km south of the Algerian capital Algiers, have underlined the complexity of the long-running conflict between the two communities.

Three elderly residents died of tear gas inhalation in January after police intervened to stop fighting between rival gangs of high school students from the two communities. Two police officers were also severely burned when rioters threw Molotov cocktails into their van, while dozens of other people were reportedly injured and hundreds of homes, shops and vehicles were torched.

The scene was “extremely violent”, according to Chalal Said, a restaurant owner in Ghardaia.

“Both fighting communities were torching and attacking the premises and houses of the other and they were fighting with whatever they could grab, such as stones or pieces of iron bars, knives,” Said told Al Jazeera. “I’ve never seen such horrible scenes before.”

The latest round of fighting shattered a fragile, months-old peace, while the failure of political leaders to resolve the conflict has prompted many residents to lose faith in the ongoing dialogue process.

Ghardaia, also known as Taghardait in the local Amazigh (Berber) language, is home to two ethnic communities who share a history of rivalry. Chaamba Arabs, originally Bedouins, see themselves as followers of the Maliki approach to Islamic law, while Berber Mozabites are Ibadis, practising a form of Islam that is distinct from Sunni and Shia. The two groups have often clashed over property, housing, land ownership and employment opportunities.

Much of the tension between the communities dates back to the mid-1960s, when the Algerian government encouraged the Bedouin population to settle in cities, many of them home to an Amazigh majority. This created tensions over land and housing that have still not been resolved.

It's a shame to have these historical places appreciated by locals and tourists damaged. Not even colonists damaged them during the colonial era.

The two sides signed a peace agreement in 2008 following a government initiative, but tensions in this town on the northern edge of the Sahara desert rose sharply in late 2013, after football riots led to weeks of looting and arson attacks.

The violence killed four people and destroyed a UNESCO-listed Ibadi shrine. Since then, on-again, off-again confrontations have killed at least 10 people and wounded more than 400.

The government has made several attempts to reconcile the rival camps – as recently as January 2014, Prime Minister Abdelmalek Sellal led a reconciliation process involving 12 representatives from the Chaamba community and 12 from the Mozabite community – but to no avail. Fighting residents have rapidly been losing faith in the process.

“We can defend and take care of ourselves if the state withdraws,” Fekhar Kameleddine, a local Mozabite national council member, told Al Jazeera.

Ghardaia’s M’zab valley has been a UNESCO World Heritage Site since 1982, but the city’s historic neighbourhoods, which used to attract tourists, have been severely damaged by the ongoing violence. These sites include a Mozabite-built castle, palm groves and five fortified cities dating back to the 9th century. In the first six months of 2014, 750 residential and commercial premises were vandalised, looted and burned, according to provincial authorities.

“It’s a shame to have these historical places appreciated by locals and tourists damaged,” Kameleddine said. “Not even colonists damaged them during the colonial era.”

Unidentified assailants attacked the house of Kameleddine’s sister, a doctor, in early January, setting fire to it. Kameleddine, who is also a member of the Algerian League for the Defence of Human Rights, says he is not optimistic about the future.

“There can be no possible solution to solve our lasting conflict situation,” he said. “The state has to cease its practises allowing this conflict to last. The state brought Arab populations from other regions of the country [decades ago]. This policy is aimed at not having a Mozabite majority in the city.”

The governor’s chief of staff of the province of Ghardaia, El Hadj Kaouka, declined Al Jazeera’s request for comment on the issue.

RELATED: The Kabyle Berbers, AQIM and the search for peace in Algeria

In 1962, Mozabites made up 10 percent of the population in the town of Metlili; today, that number has dwindled to zero, Kameleddine said. No official data is available for Ghardaia, which has a population of around 600,000.

“We are victims and young Mozabite people are only defending themselves as the state’s heavy police machinery doesn’t do its job,” Kameleddine said.

A police official contacted by Al Jazeera declined to comment.

The PM's building proposition can't solve the problem, as it's not a local development-related issue - it's deeper than that.

Approximately 10,000 police and national gendarmes have been deployed to date in the city of Ghardaia, many of them stationed in large headquarters. In Bab Lehteb, a Mozabite neighbourhood, police patrols are a common sight in the downtown area.

Bouhafs Bouamer, the 60-year-old leader of the Chaamba Arabs, told Al Jazeera that “the real causes behind this conflict are still unknown”. He believes the state should compensate victims of the ongoing violence, calling on authorities to “initiate an investigation and to disclose the final stock of casualties for both sides in the conflict”.

In mid-January of 2014, Sellal’s office announced a number of measures, such as creating a council of “wise persons” in the affected areas, to ease tensions. His government has also proposed building 30,000 houses to improve local development, and recently granted $107m to develop agriculture in the area.

“The PM’s building proposition can’t solve the problem, as it’s not a local development-related issue – it’s deeper than that,” Bouamer said.

Political scientist Mohamed Sibachir, who closely follows the conflict, told Al Jazeera that Algeria is bound to ancestral-based agreements governing land ownership and sharing – but these rules have not been respected in the context of Ghardaia’s conflict.

“The Chaamba Arab community wasn’t allowed to own lands that formerly belonged to Mozabites, despite the state’s attempts to purchase social peace,” Sibachir said. “So today, we’re seeing that this conflict situation was caused by a breaking from the ancestral sociological scheme. As long as there is this misunderstanding of the real on-ground situation, this conflict is potentially long-lasting.” 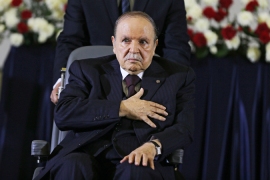 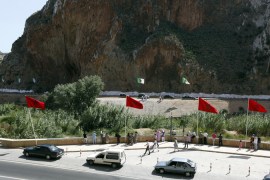 Morocco wants the border reopened for economic reasons, but the issue remains a low priority for Algeria, experts say. 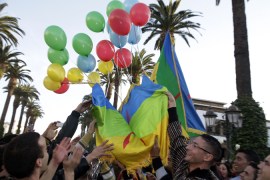