Iran’s supreme leader has sent a letter to US President Barack Obama in response to American overtures, amid talks to strike a nuclear accord, The Wall Street Journal reported.

The newspaper cited an Iranian diplomat as saying Ayatollah Ali Khamenei had written to Obama in response to the president’s letter sent in October.

Obama’s correspondence had suggested potential US-Iranian cooperation in fighting the Islamic State of Iraq and the Levant (ISIL) group if a deal on Iran’s nuclear programme was struck, the diplomat told the Journal.

The supreme leader’s response was “respectful” but noncommittal, the diplomat was quoted as saying. Khamenei has the final word on all matters of state in Iran.

Current and former US officials who viewed the correspondence said Khamenei’s letter outlined a string of abuses he claimed the US had committed against the Iranian people during the past 60 years.

Neither the White House nor the Iranian government has officially confirmed any correspondence between the two leaders.

Talks with Britain, China, France, Russia, the United States and Germany – the so-called P5+1 group – seek to allay concerns that Iran is covertly seeking to develop a nuclear bomb, in exchange for lifting punishing sanctions.

Two deadlines for a permanent nuclear agreement have already been missed, since an interim accord was struck in November 2013.

The P5+1 has set a March 31 deadline for a political agreement.

It would be followed by a final deal setting out all the technical points of what would be a complex accord by June 30.

Iran denies seeking an atomic bomb and says its nuclear programme is for peaceful energy purposes. 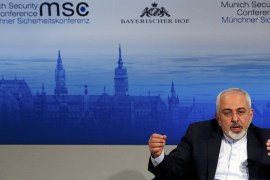 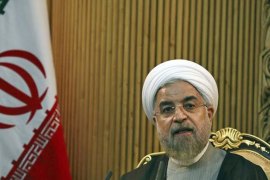 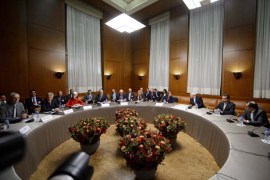 Iran will not sink ‘to knees’ on nuclear deal

Supreme leader criticises “US and European colonialist countries” but gives indirect approval for continuation of talks.