Aid workers in South Sudan are finding it hard to operate because roadblocks are suddenly being erected in some areas, the UN’s top official for humanitarian assistance has said.

The UN warned two and a half million people are on the brink of famine, and food stocks in some places could run out by next month.

The situation is “worrying” as demands are being made of humanitarian workers before their convoys are allowed to proceed, Valerie Amos told reporters in the capital Juba on Monday.

“Roadblocks are just being suddenly established and demands being made of humanitarian workers that they pay to allow the convoys to go through,” the AP news agency reported her as saying.

“This is reflection of the fact that the command and control mechanisms that should exist are breaking down.”

Many aid workers risk being kidnapped and have seen their supplies and equipment looted, she said.

South Sudan has been plagued by violence since December 2013 when fighting erupted between pro-government forces and soldiers loyal to former Vice President Riek Machar.

Both sides have been accused of human rights violations in the year old conflict, and a senior UN official demanded accountability on Monday.

Ivan Simonovic, the assistant secretary-general for human rights who just returned from South Sudan, said it will not be easy to improve the security and justice systems because 70 percent of the police force is illiterate and there are only 100 to 200 judges and a limited number of prosecutors.

Simonovic said there may be a need for prominent cases to include experts from outside South Sudan.

“In the meantime, I encourage confidence-building measures between the parties,” he said.

“These would include free access to detainees; cooperation in tracing missing persons and the release of conflict-related detainees by both sides, hopefully under an all-for-all formula.” 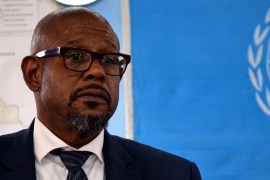 Actor and UN envoy Forest Whitaker discusses the issue with Al Jazeera after returning from a visit to the country. 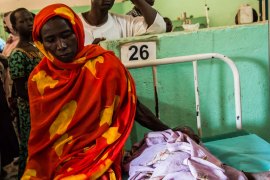 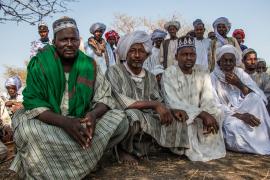