South Asia analysts expressed optimism on Monday after talks were secretly held between arch rivals India and Pakistan in the Thai capital – a move that signalled a long-awaited thaw in frigid relations.

In a further surprise move towards rapprochement, it was announced Indian Foreign Minister Sushma Swaraj will hold talks with Pakistani officials on Wednesday, the first visit to Islamabad by India’s leading diplomat in three years.

Tensions between the nuclear-armed rivals have been high for decades with two of three wars fought over the disputed Himalayan region of Kashmir. India has long accused Pakistan of supporting separatist Muslim rebels in India’s part of the territory.

A joint statement issued after the meeting said “discussions covered peace and security, terrorism, Jammu and Kashmir, and other issues, including tranquility along the LoC [Line of Control – the de facto Kashmir border].

“Discussions were held in a candid, cordial and constructive atmosphere,” the statement said. “They were guided by the vision of the two leaders for a peaceful stable and prosperous South Asia.”

“It puts an end to the impasse between India and Pakistan that’s been prevailing since August last year. Placing dialogues on hold is unsustainable,” said Shukla.

Indian Prime Minister Narendra Modi and his Pakistani counterpart Nawaz Sharif met in Paris last week, apparently paving the way for the Bangkok talks, which were also attended by both foreign secretaries.

“The very fact that these talks have happened a week or so after brief Modi-Sharif interactions means there is interest, if not trust, right from the very top to get these talks to continue,” Wajahat S Khan, a defence correspondent in Pakistan, told Al Jazeera by phone.

India abandoned scheduled talks in August after Pakistan insisted the Kashmir issue be put on the agenda.

“Pakistan wanted other issues such as Jammu and Kashmir – in addition to terrorism – so it was not acceptable to New Delhi at that time, and they cancelled the talks,” Shukla said. “New Delhi has clearly climbed down on the issue.”

The joint statement said the two countries had “agreed to carry forward the constructive engagement”.

READ MORE: India and Pakistan must compromise over Kashmir

Since he came to power last year, the Indian prime minister has made extensive foreign trips abroad, especially to the capitals of Western industrialised countries, with an eye to boost economic and strategic ties.

“Modi has been far more successful in building relations with countries on the periphery – the UK, US, Russia so on,” Shukla said.

“But it is a fact his Pakistan policy has been flawed from the start. There has been very little movement, almost no dialogue. No substantive meetings have taken place since he became prime minister.”

Khan also suggested Western nations may have expressed interest in the South Asian rivals coming back to the dialogue table.

“There is obviously interest from Washington and London for these countries to talk … and if for nothing else then for the stabilisation of the peace process in Afghanistan,” Khan said.

The talks also bode well for cricket lovers on the subcontent, as bilateral cricket matches remain suspended because of the diplomatic tensions. 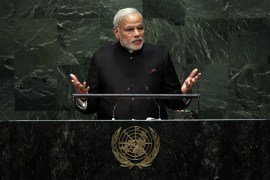 Indian PM tells the UN that bilateral talks between rivals must be held “without a shadow of terrorism”. 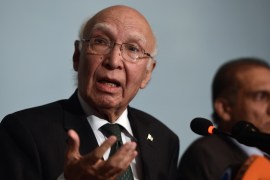 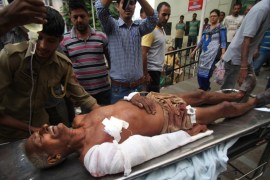