One of the world’s most valuable shipwrecks has been found by Colombia’s military off the coast of the city of Cartagena, President Juan Manual Santos announced.

The long-lost Spanish treasure galleon San Jose was carrying a large cargo of gold and precious stones when it was sunk during an attack by a British warship on June 8, 1708.

“This constitutes one of the greatest – if not the biggest as some say – discoveries of submerged patrimony in the history of mankind,” said Santos during a press conference on Saturday in Cartagena.

“The Colombian government will continue its investigative process of exploring and protecting submerged cultural patrimony,” he added.

Reporting from the Colombian capital Bogota, Al Jazeera’s Alessandro Rampietti said the San Jose was believed to be “the holy grail of a shipwreck” with a trove that is “valued somewhere between $4bn to $17bn”.

He added researchers “have no doubt” that after decades of searching they have finally discovered the San Jose shipwreck as “they were able to see the brass cannons that were unique to that ship and that had dolphins carved on them”.

Rampietti said Santos, despite his enthusiasm during the press conference, did not reveal many details about the discovery, saying the exact location of the ship was a state secret.

A long-running legal dispute has been at the centre of the issue of San Jose’s ownership for years.

The government’s announcement did not shed light on a legal wrangle with Sea Search Armada (SSA), a US-based salvage company that had a long-standing suit against Bogota over ownership of the wreck. SSA said in 1981 it had located the area in which the ship sank.

SSA and the government were partners back then and adhering to international custom, they agreed to split any proceeds. The government later said any treasure would belong to Colombia.

In 2011, a US court declared the galleon property of the Colombian state. 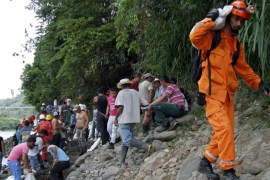 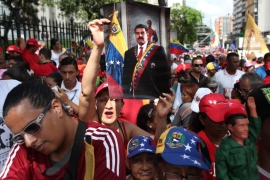