On Sunday, it will be 17 years to the day since Hugo Chavez swept into power in Venezuela. It is also the day Venezuelans will go to polls to elect a new Congress.

Rosa Fernandez, who asked that Al Jazeera not use her real name due to the political sensitivities involved, remembers distinctly thinking that night, as she joined hundreds of thousands of Chavez supporters in the streets of Caracas to celebrate their leader’s triumph, that things would finally turn her way.

“He promised us change,” she said.

And a lot has changed since that night. On December 6, 1998, when the charismatic, larger-than-life leader, swore to transform the oil-rich nation through what became known as his Bolivarian Revolution.

During this time, the South American country lived through an oil boom that helped fund vast social programmes and lifted hundreds of thousands out of poverty. But the oil-rich nation also lived through an era of nationalisations, expropriations, and economic controls, that all but destroyed the country’s production sector and made the state increasingly dependent on imports.

For Fernandez, the “revolution” meant getting a degree in nursing, access to subsidised food in a network of government-run supermarkets, and a sense of social recognition she had never had before.

“For the first time since I could remember someone spoke to us. We mattered,” she says from her small house in Petare, one of Caracas’ poorest shantytowns.

Politically, the country, once a beacon of democracy, drafted a new Constitution that gave underrepresented groups like indigenous people more representation, but it also eliminated presidential term-limits and, little by little, saw its institutions fall under the control of the ruling party.

Today, as oil prices plummet, and with the country’s reserves hovering a little over $14bn, Venezuela is struggling with one of the highest inflation rates in the world, chronic food and medicine shortages, and one of the worst murder rates in the world. A recent poll by local universities says that three-quarters of Venezuelan households now live in poverty, up from one-quarter two years ago.

For Fernandez, who lost her job, but makes a living reselling scarce food items on the black market, it’s time for another change.

“I nearly lost my granddaughter to a stray bullet. We went to hospital and there was nothing to treat the wound,” she said.

Her sense of empowerment has faded.

“We can’t find even the most basic things. It’s as if life was worth nothing.”

Her sentiments appear common. Most polls are giving the opposition Democratic Unity Coalition (MUD) a 20 plus point lead over the government. An opposition win could represent the first time in 17 years that it takes control of the legislative power and although it is unlikely to mark the end of the Bolivarian revolution it could mean, depending on the margin of victory, that some reform is on its way.

For Julio Borges, a key figure in the opposition-coalition and potential president of the new assembly, Sunday’s elections are also the one chance the country has of preventing social unrest.

“Despite the food shortages and the generalised discontent we have not yet seen people take to the streets or riot. It is because they are hoping to see democratic change after these elections,” Borges says.

But whether this change happens or whether the country slips into gridlock instead is hard to predict. In Venezuela’s electoral system, poll results do not reflect seats in Congress.

INFOGRAPHIC: What you need to know about the Venezuelan vote

In the last parliamentary elections in 2010, the government party obtained almost 60 percent of the seats despite receiving only 48 percent of the vote, a fact that opposition members have blamed on a disproportionate representation of electoral districts.

A simple majority of the 167 seats would mean the MUD could block the government’s budget. A three-fifths win would grant the opposition the ability to veto ministers and withdraw them from their posts.

And a “supermajority” of two-thirds would enable it to approve constitutional reform and to remove Supreme Court judges.

A robust opposition win in the elections could also see an emboldened opposition push for a referendum to recall President Nicolas Maduro from office half-way through his term.

How Venezuelans wake up on Monday morning, and what the country will look like next year, with most experts predicting triple digit inflation, and a contraction of the 10 percent of the GDP, is the one thing everyone here has an opinion on

For Diosdado Cabello, head of the National Assembly, the ruling party will sweep the vote and the current economic model will prevail.

“We will deepen the revolution… We do not [have a] pact with the economic interests. Our only pact is with the people,” he said in reference to social programmes and price controls currently in place.

It is unlikely that the election will end the Bolivarian revolution, but it might force an embattled political class to negotiate.

Failing to do so, could mean Venezuela enters into a stalemate that could exacerbate problems and even lead to social unrest. 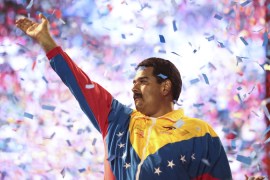 What do the government and opposition election campaigns say about the future strategies planned for the country? 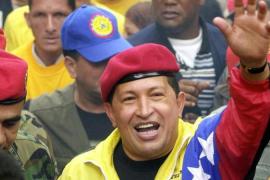 The late leader should be remembered for his efforts to make an anti-human system a little more human.