Torrential downpours have struck Peru’s northern San Martin region, leading to widespread flooding. Hundreds of residents have been forced from their homes as several swollen rivers burst their banks.

In Picota, the Huallaga River overflowed damaging nearly 200 homes in the process. Some roads and agricultural land have been destroyed, and basic water supplies have been cut off in places.

Flood victims in Picota were seen wading through chest-deep water and it was a similar picture in Hualluga where the Saposoa and Serrano Rivers also overflowed.

Agricultural Deputy Minister Jorge Montenegro visited the San Martin department to oversee preventative works taking place as they battle further flooding. He said he has warned the population here of the dangers of living next to the river banks.

Montenegro was also keen to point out that this year’s strong El Nino may have contributed to the exceptionally wet weather. Further showers are expected across the region over the next few days. 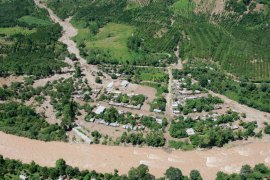 The South American country has been hit by heavy rain which has brought disruption to the central region. 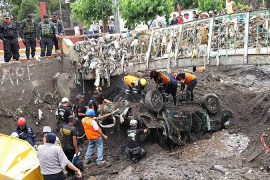