The United States is still spying on Israeli Prime Minister Benjamin Netanyahu’s communications despite a pledge from the White House that it would curtail the hacking of allies, the Wall Street Journal has reported.

The US National Security Agency intercepted information useful for countering Netanyahu’s campaign against the nuclear deal between world powers and Iran, the newspaper reported on Tuesday.

That information gave Obama administration officials the inside track on Israeli efforts to turn the US Congress against the deal, according to the report.

US President Barack Obama announced in January 2014 that his government would curb its monitoring of friendly nations after former NSA contractor Edward Snowden’s disclosures of spying operations.

A number of such figures, including Francois Hollande, the French president, and the German Chancellor Angela Merkel, were put on a list declared off-limits to US eavesdropping. But Obama maintained the monitoring of Netanyahu on the grounds that it served a “compelling national security purpose,” the Journal reported.

When asked for comment by the Reuters news agency, a White House National Security Council spokesman said: “We do not conduct any foreign intelligence surveillance activities unless there is a specific and validated national security purpose. This applies to ordinary citizens and world leaders alike.”

The Israeli embassy refused to comment when contacted by the AFP news agency. 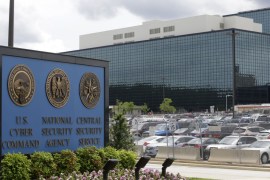 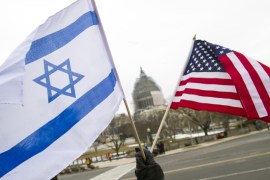 Warnings of strife as Israeli PM embarks on US visit