The rising waters have become particularly dangerous, with residents in a flooded town reporting sightings of crocodiles roaming the inundated streets.

In Daly River, 220 kilometres south of Darwin, people waiting to be evacuated reported seeing crocodiles making their way into the township and dragging away two dogs.

The reports prompted authorities to launch a rescue mission for any pets left behind, airlifting to safety some 60 dogs.

The pets, transported in cages which are normally used to move crocodiles, were flown to temporary kennels in a dry area nearby.

Animal Welfare officers conducted house searches to see if more pets were in need of care or evacuation, and half a tonne of dog food was flown into the community to feed any other pets left behind.

Yet, it is not just the Northern Territory that has been affected by heavy rain.

The Etheridge Shire, in northern Queensland, was also hit, with 800 millimetres of rain falling in just five days – almost an entire wet season’s worth of rainfall.

In the long term, this rain will be welcomed, as much of Queensland is currently in the grip of a drought.

Yet, much more rainfall is needed before the drought conditions are alleviated. 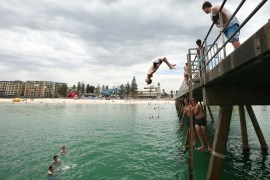 Adelaide sets December record of over 40C for days in a row, while other southern cities also bask in high temperatures. 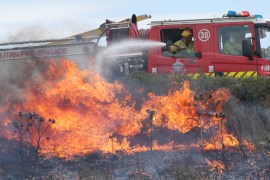