France is likely to close up to 160 mosques in the coming months as part of a nationwide police operation under the state of emergency which allows places of worship that promote radical views to be shut down, one of the country’s chief imams has said.

Interior Minister Bernard Cazeneuve told journalists on Wednesday that three mosques had been closed over the past two weeks during the state of emergency – marking the first time France had taken such action against places of worship.

On Wednesday, police shut down a suspected radical mosque east of Paris and arrested the owner of a revolver found in related raids as part of the crackdown, Cazeneuve said.

Security officers found “jihadist” documents in the raids at the mosque and related premises in Lagny-sur-Marne.

They placed a total of nine people under house arrest and banned another 22 from leaving the country, Cazeneuve said.

The assets of Imam Mohamed Hammoumi, who ran the mosque and the cultural associations until he left to live in Egypt in 2014, were frozen in April, AFP reported.

The other two mosques closed last week were in Gennevilliers, northwest of Paris, and in the southeastern city of Lyon, Cazeneuve added.

France has so far raided 2,235 homes and buildings, taken 232 people into custody and confiscated 334 weapons, 34 of them war grade, the interior minister said.

Following news that three mosques have already been closed since the November 13 attacks on the capital, Hassan El Alaoui, who is in charge of nominating regional and local Muslim imams and mediating between the imams and prison officials, told Al Jazeera on Wednesday that more were set to be shut.

“According to official figures and our discussions with the interior ministry, between 100 and 160 more mosques will be closed because they are run illegally without proper licenses, they preach hatred, or use takfiri speech,” he said.

Takfiris are classified as Muslims who accuse others of the same faith of apostasy, an act which has become a sectarian slur.

“This kind of speech shouldn’t even be allowed in Islamic countries, let alone secure countries like France,” El Alaoui, who became the first Muslim prison chaplain-general in 2005, said.

The recent mosque closures, he added, were made under “a legal act that the authorities have” and must have happened because “of some illegal things that they found”.

The imam also rejected those suspected of carrying out the suicide bomb and gun attacks, which left 130 people dead, as “terrorists”.

“Those terrorists are a bunch of thieves and drug dealers that wore religious clothing,” he said. “The whole issue is not about Muslims, but about terrorists. It’s an issue of security for everyone.”

There are a total of 2,600 mosques in France, El Alaoui said.

Felix Marquardt, a Parisian Muslim and cofounder of the al-Kawakibi Foundation, which works towards Islamic reformation, also said that he expects more mosques to be closed soon.

“It hardly comes as a surprise to me that there are mosques that absolutely deserve to be closed in France,” he told Al Jazeera.

He said that he has joined the Islamic prayer in several French cities “and been shocked of what I’ve heard”.

“There was a world view [being preached] that was quite worrisome. I’m talking about the politicisation of Islam. I’ve heard some speeches that tend to promote the notion among Muslims present that Islamophobia is organised by the French state, that somehow non-Muslim French people are against the Muslim minority.”

France’s extended emergency rule has seen a surge in arrests, house arrests and raids on homes and private property in the wake of the Paris attacks – including at mosques and Muslim-owned businesses – and has raised alarm among rights organisations that the law could curb civil liberties.

Meanwhile, there are fears that France’s Muslim minority, the largest in any European country, is facing increased persecution as some fail to differentiate between Muslims and those who join or support armed groups such as the Islamic State of Iraq and the Levant (ISIL) group, which claimed responsibility for the deadly violence on November 13.

“Being Muslim in France is not easy, it’s a complicated condition,” acknowledged Marquardt, “especially if you are a woman wearing a veil, you are a victim of discrimination, and if you’re a man you find it hard to get a job”.

Rising Islamophobia in the wake of the attacks, he added, was “unsurprising”, though not “understandable”.

“The link between people committing barbaric acts throughout the world is that they think of themselves as Muslim. As long as Muslims refuse to look at that honestly…I think it’s not very serious intellectually and dubious morally and it’s shocking this point is going to keep on coming.” 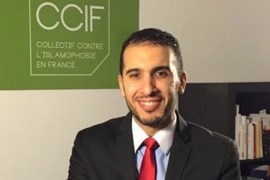 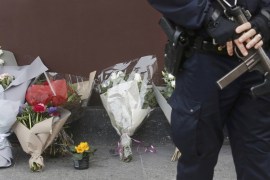 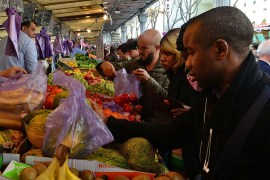