Poland’s president has enacted controversial legislation that reforms the country’s top court despite mass protests over the changes that the opposition says could undermine its independence.

Andrzej Duda signed the bill into law on Monday, four days after it was approved by parliament, which has been dominated by the conservative Law and Justice party (PiS) since an October election.

Under the new law that takes effect immediately, the constitutional court must approve rulings by a two-thirds majority rather than a simple majority, and 13 of the court’s 15 judges must be present for the most contentious cases, up from the quorum of nine.

Duda stressed the legislation will help the government push ahead with promised reforms of higher tax exemptions, bonuses for large families, and lower retirement age.

“A higher majority guarantees that these lawyers reach agreement to a higher degree,” Duda said in a statement at the Presidential Palace.

However, the opposition accuses PiS of seeking to take control of the court to remove important checks and balances.

The fued first erupted after the party installed five judges of its own choosing to the constitutional court, using a controversial procedure to overrule appointments made under the former centrist government to boost the number of conservative voices on the bench.

Tens of thousands of people took to the streets of Warsaw in mid-December to protest the government’s actions.

In a letter last week to Poland’s foreign and justice ministers, the European Union urged Warsaw to avoid endangering the rule of law by suspending implementation of the court reforms until they had been “fully and properly assessed”.

Former president Lech Walesa, who led the Solidarity movement that brought an end to communism in Poland, has accused the new government of acting “against Poland’s interests, against freedom, against democracy” and called for a referendum to force early elections. 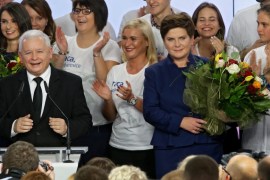 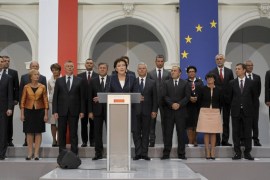 Three Polish ministers and the speaker of parliament have resigned amid a revived scandal over secret recordings. 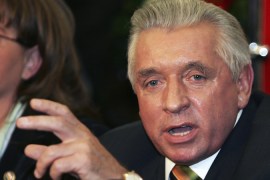 Andrzej Lepper, who rose from pig farmer to deputy prime minister, is found hanged in his party office in Warsaw.