Israel has threatened to downgrade its relations with Brazil if it does not accept its choice for ambassador to the country.

Brazil objected to Dayan’s appointment four months ago because of his former role as the head of a Jewish settler movement in the occupied West Bank and his continued residence in Palestinian territory.

Israel’s previous ambassador, Reda Mansour, left Brasilia last week and the Israeli government said on Sunday that Brazil risked degrading bilateral ties if Dayan was not allowed to succeed him.

“The state of Israel will leave the level of diplomatic relations with Brazil at the secondary level if the appointment of Dani Dayan is not confirmed,” Hotovely told Israel’s Channel 10 TV.

Brazilian government officials declined to comment on whether President Dilma Rousseff would accept the nomination of the Argentine-born Dayan. But one senior foreign ministry official told the Reuters news agency, “I do not see that happening.”

Brazil’s left-leaning government has long called for Israel to end its occupation of Arab land and allow the establishment of an independent Palestinian state. 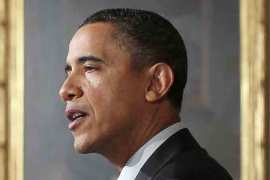 US vs UN on Israeli settlements