Severe floods around the area bordering Paraguay, Argentina, Uruguay and Brazil have forced around 160,000 people from their homes.

Additionally, at least eight deaths have also been reported across the four countries.

Four people died in Paraguay where the level of the Paraguay River, which flows through Asuncion reached a level of 7.82 metres above its normal height. Power supplies were cut off in 125,000 homes across the country.

Asuncion recorded 50mm of rain on Christmas Day, exactly a third of its December average of 150mm.

Meanwhile, just 114km to the southwest, Formosa in Argentina had 94mm of rain during the same period.

Further south, along the Uruguay border, two people died in Concordia. More than 20,000 people were evacuated from their homes as the Uruguay River burst its banks in a number of places.

The floods also claimed two lives in the Bolivian Amazon, as two men died near the border with Brazil.

The heaviest downpours are not expected to clear eastern Paraguay before Wednesday. Even then, the showers will remain close by.

The wet weather is rather more welcome in eastern Brazil where it is easing the prolonged drought around Sao Paulo. 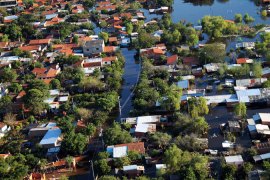 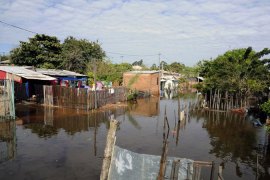 Thousands continue to struggle with aftermath of heavy rains and overflowing rivers. 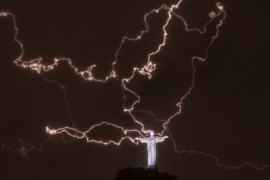