British Muslims have been boycotting a key government anti-radicalisation programme, according to a report in The Times newspaper.

Citing figures from the National Police Chiefs Council, the report published on Saturday said fewer than 10 percent of tip-offs on the Prevent scheme had come from Muslims – that is fewer than 300 out of the 3,000-plus tip-offs in the first half of 2015.

Prevent is a UK-wide project aimed at undermining and tackling what the government considers to be extremist ideology.

It is not specifically targeted at Muslims – and includes far-right ideologies – but its primary focus has been countering alleged extremism in the community.

A controversial aspect of the scheme is its tip-off hotline, which makes it a legal duty for public sector workers, including health workers, teachers and university lecturers, to report signs of suspected extremism.

The project has been described as draconian by civil liberties and Muslim groups because of a number of high-profile incidents when children were interrogated by intelligence officers for alleged extremist views.

In July, Al Jazeera reported on the detention of a 15-year-old boy in southern England accused of holding “terrorist-like” views by a police officer because the “Free Palestine” badges he wore were determined to be “extremist” .

His younger brother was told by teachers to dissuade the boy from holding “radical ideas” or he would be reported to the intelligence services.

In October, another report revealed how schools were using software on classroom computers – as part of the Prevent programme – which alerted intelligence officers if a student entered any words from a list of more than 1,000 that included “Islamism”.

The Muslim Council of Britain, one of the UK’s largest Muslim umbrella organisations, has called the policy “divisive” and accused it of fostering a climate of suspicion.

Speaking to Al Jazeera on Saturday, Malia Bouattia of the National Union of Students said the Prevent programme was “inherently Islamophobic”.

“It presents this idea that it is trying to deter people from partaking in violent activities and joining certain groups but in reality what we’ve found is that it’s the state’s attempt to control dissent and political self-organisation,” Bouattia said.

“This notion of extremism is so vague that anything can fall under it.”

“Our new Prevent duty for schools is not about criminalising or spying on Muslim children. This is paranoia in the extreme,” Cameron said earlier this year. 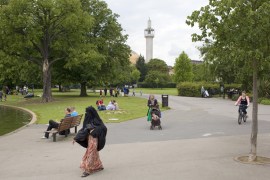 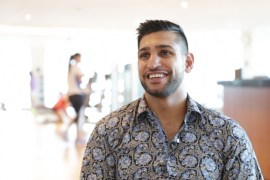 Amir Khan talks discrimination, lack of Asians on the UK’s sports horizon and his plans on promoting boxing globally. 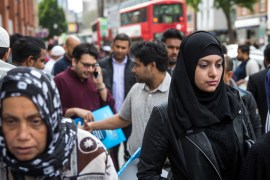