A 6.2-magnitude earthquake has struck northeast Afghanistan near the country’s borders with Pakistan and Tajikistan, according to the US Geological Survey (USGS), with tremors being felt as far as New Delhi.

The USGS said Saturday morning’s earthquake, initially reported as magnitude 6.4, was at a depth of 203km and centred 82km southeast of the town of Feyzabad, capital of the Afghan province of Badakhshan.

Kabul residents rushed out of their homes and buildings on what was a bitterly cold night amid fears of aftershocks, according to a local journalist, while the quake also caused buildings to sway in the Pakistani capital of Islamabad.

Tremors were reported from Chandigarh, Srinagar, Jaipur, Delhi and the National Capital Region in India.

In Pakistan, the Khyber Pakhtunkhwa government issued a red alert soon after the earthquake but there was no immediate information about loss of life or damage to property.

Injuries from Lady Reading Hospital in Peshawar increased to 39 now. A portion of a hospital in Mardan has been evacuated because of a crack

The most horrible 50 seconds of my life. That earthquake was pretty long and scary as hell.. May Allah forgive us and protect us !

Though there were no immediate reports of damage, at least 40 people were reported injured in the northwestern Pakistani city of Peshawar and 12 others in the nearby Afghan province of Nangarhar.

In October, a 7.5-magnitude quake had ripped across Pakistan and Afghanistan , killing almost 400 people and flattening buildings in rugged terrain that impeded relief efforts.

Afghanistan is frequently hit by earthquakes, especially in the Hindu Kush mountain range, which lies near the junction of the Eurasian and Indian tectonic plates. 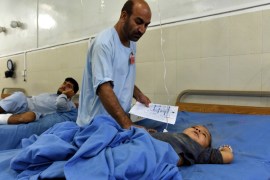 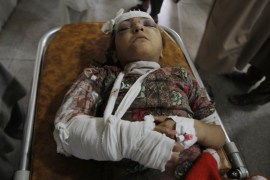