Thousands of Sunni Iraqis displaced by conflict say they need help to get home safely from their temporary home in the northern Kurdish region.

The tribesmen fled via escape routes from towns such as Yathrib, in Salahuddin province, during fighting between government-backed Shia militias and the Islamic State of Iraq and Levant (ISIL) group.

Some now live in camps in Iraqi Kurdistan and are afraid to return home. Sectarian distrust and fear run deep in this community.

The Shia militias, or Popular Mobilisation Forces, who are an important part of the Iraqi government’s fight against ISIL, deny allegations of abuse, torture and looting. 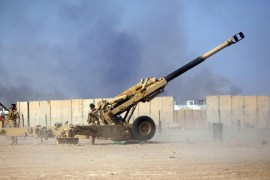 Members of Shia unit among 14 dead in suicide attack on army regiment in eastern Fallujah in setback to government. 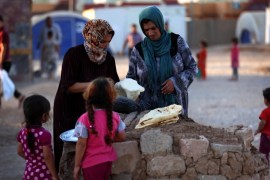 The fighting in ISIL-controlled northern provinces displaces at least 3.09 million since the start of 2014, the UN says.